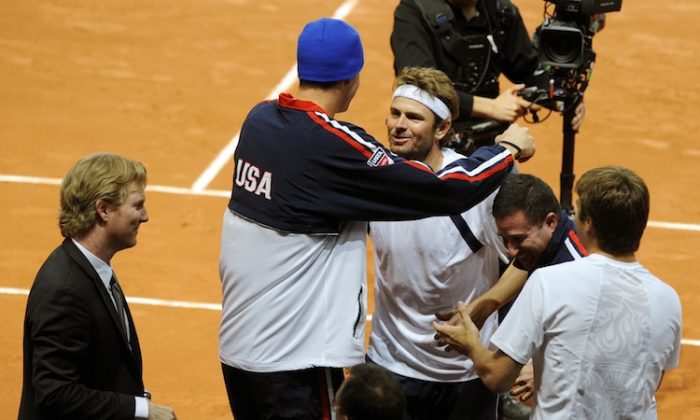 The rosters for the 2012 Davis Cup quarterfinal between the United States and France were announced Tuesday. Mardy Fish, John Isner, and the Bryan brothers (Mike and Bob) will represent the United States while Jo-Wilfried Tsonga, Gael Monfils, Julien Benneteau and Michael Llodra will suit up for France.

Noticeably absent from the U.S. roster is Andy Roddick. “Andy said pretty clearly after we had our victory in Switzerland (first round) as a team that Mardy and John Isner deserved the right to continue on with what they started. I agree with Andy’s assessment,” said Davis Cup captain Jim Courier.

The match will be played on clay next weekend at the Monte Carlo Country Club in Roquebrune, France.

“There are going to be five tough matches for us. We have to play our best to stand a chance. We did that with Switzerland,” said Courier.