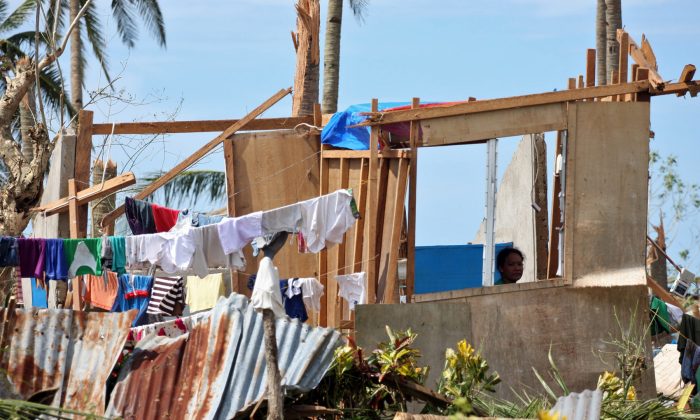 A Typhoon Yolanda (Haiyan) update shows that thousands of people were killed during the storm’s destructive path through the Philippines.

A state of emergency was declared in Tacloban City after Typhoon Yolanda devastated the central Philippines–where corpses were scattered and hung from trees.

Officials believe that several thousand people–as many as 10,000–were killed in the country, which was ravaged by winds exceeding 170 mph and a storm surge of 20 feet.

Rescue crews are now having a difficult time getting to parts of the country due to landslides and flooding, meaning that supplies are limited. Residents looted stores, gas stations, and other broken-down buildings to get food and water.

According to GMA News, the government placed Tacloban City in Leyte province under a state of emergency following widespread looting and other crimes. The Philippine National Police and Armed Forces of the Philippines sent additional forces to the city.

“Tacloban is totally destroyed. Some people are losing their minds from hunger or from losing their families,” high school teacher Andrew Pomeda, 36, was quoted by AFP as saying.

He added: “People are becoming violent. They are looting business establishments, the malls, just to find food, rice and milk…. I am afraid that in one week, people will be killing from hunger.”

President Benigno Aquino said that when he visited the city, only 20 officers of the city’s 390 police officers showed up for work.

Leyte Island was likely the hardest hit place, and regional Police Chief Elmer Soria told The Associated Press there were about 10,000 due to collapsed buildings and drowning.

According to Rupert Ambil, an editor with Rappler.com, wrote that “having grown up in the region, I could barely recognize Tacloban. It’s like the city had been bulldozed and I was in a different time and place. I saw devastation. I smelled death. I fear anarchy.”

“Government officials in the airport looked just as dazed and confused as the residents. They didn’t know where – or how – to begin. The relief goods from Manila were gone in an instant. The airport itself was wiped out,” he wrote, adding that “I saw very few establishments that were left standing. I looked everywhere and I saw only the remains of a once-serene city by the sea.”

He added that he saw a hospital hallway that “was filled with dead people. Nurses and hospital workers could only do so much; they had run out of medical supplies to treat the wounded. As I stepped out, a pregnant woman was ushered in, ready to give birth.”

Giporlos and Guiuan in Eastern Samar were also ruined by the storm, with more than 95 damage done to the two towns. They were the first to get hammered by Yolanda.

Tacloban City: Curfew, State of Emergency in Place Amid Looting