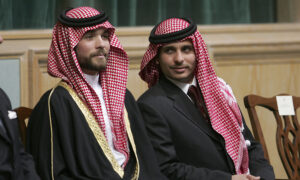 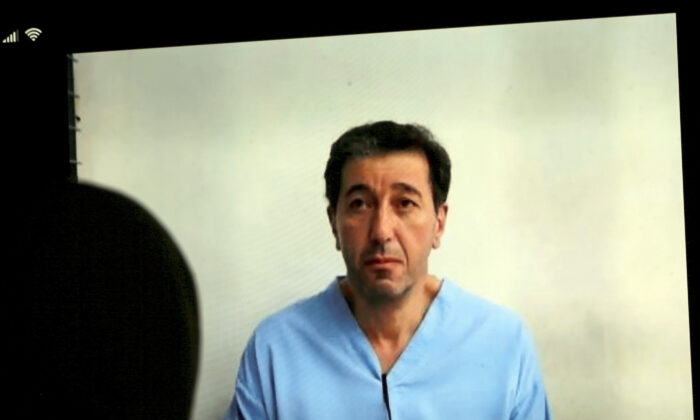 Bassem Awadallah, who has U.S. citizenship and once served as a top aide to King Abdullah II, and Sharif Hassan bin Zaid, a member of the royal family, were found guilty of sedition and incitement charges. They are alleged to have conspired with Prince Hamzah, the king’s half-brother, and to have sought foreign assistance.

Awadallah’s U.S.-based lawyer slammed the verdict, saying there had been a “complete lack of due process” and that his client had suffered “inhumane treatment, including beatings and psychological torture.” Lawyers for both defendants said they would appeal the verdict.

They two men were swept up in a wave of arrests in April and Hamzah was placed under house arrest.

Hamzah denied the allegations in video statements released in April after he was placed under house arrest, saying he was being silenced for speaking out against corruption and poor governance. The royal family later said it had resolved the dispute with Hamzah, whose exact status is unknown but was never formally charged.

Abdullah is expected in Washington on July 19, when he will be the first Arab leader to meet with President Joe Biden at the White House. Jordan is a close U.S. ally in the Middle East and is seen as a key partner in eventually reviving the Israeli-Palestinian peace process.

Lt. Col. Muwafaq al-Masaeed, a military judge, announced the verdict following a closed-door trial that consisted of just six hearings. The two were sentenced to 15 years for each of two felonies, but the judge said only one sentence would be imposed on them.

The court had denied requests by Jordanian defense lawyers to call witnesses, and prosecutors only shared purported transcripts, but not audio, from surveillance of the alleged plotters.

Reporters were only allowed to watch the proceedings on a video feed set up in a tent outside the heavily guarded courthouse. The two defendants, handcuffed and wearing blue prison uniforms, were escorted into the building by masked members of the security forces.

Michael Sullivan, a former federal prosecutor hired by Awadallah’s U.S.-based family, said “the fix was in” from the moment his client was arrested.

“Bassem’s so-called trial was conducted by a secret military court where he was denied the opportunity to refute any of the prosecution’s evidence and he was not allowed to call witnesses who would provide exculpatory evidence on his behalf,” he said.

Sullivan, a former U.S. attorney for Massachusetts and former acting director of the federal Bureau of Alcohol, Tobacco, Firearms and Explosives, said his client had been held in solitary confinement for almost 100 days. He said his client’s meetings with his Jordanian lawyer almost always occurred in the presence of prosecutors.

He called on the United States to seek Awadallah’s release, saying “this proceeding and Jordan’s mistreatment of our client has violated every international standard for justice and human rights.”

The prosecutor’s office at the state security court denied the trial was unfair, saying Awadallah was given due process in line with Jordanian law and was not mistreated in any way. It said Awadallah only raised the torture allegations as the verdict neared.

Awadallah, who also holds Jordanian and Saudi citizenship, served as head of the royal court and government minister in Jordan. The Awadallah family urged the Biden administration to call for his release.

By Omar Akour and Joseph Krauss