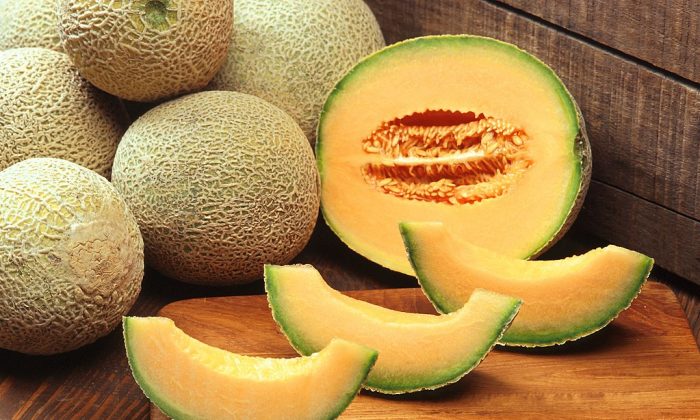 Two people have died and several others hospitalised following a listeria outbreak linked to rockmelons in New South Wales (NSW).

Australians have been urged not to eat the fruit, particularly those deemed to be at risk, such as the elderly, expectant mothers, or those with weak immune systems. Consumers have also been advised to discard any rockmelon they already have in their home.

The NSW Food Authority said in a statement on Feb. 28, 10 elderly people ate the fruit before falling ill with listeriosis — six in NSW, one in Victoria and three in Queensland — between the dates of Jan. 17 and Feb. 9. Two of the six people in NSW have died, reported the ABC.

Listeria is a bacterium commonly found in the environment and eating foods that contain Listeria rarely causes illness in the general population. But vulnerable people, such as those who are over 70, pregnant mothers, or those with have diabetes, cancer or suppressed immune systems, are at a higher risk of developing a listeriosis infection which can be extremely serious or even life-threatening.

Symptoms of listeriosis can include fever, chills, muscle aches, nausea, and sometimes diarrhoea. The symptoms can take a few days or even up to six weeks to appear after eating contaminated food. Health authorities urge anyone experiencing these types of symptoms to consult a doctor.

The outbreak has been traced to a grower in Nericon, NSW. The company voluntarily stopped production on Friday, Feb. 23, after being notified that their melons were linked to cases of the illness, according to the Food Authority.

NSW Health Director of Communicable Diseases Vicki Shepherd told the ABC that only people with weaker immune systems are at risk.

“All the cases linked to this have been elderly people and both the deaths were over 70 years of age,” she told the news broadcaster.

“Vulnerable people should always take a lot of care with cut fruit, so they shouldn’t purchase pre-cut fruit of any kind and they should take care with cutting and storing of melons of any type,” she added.

Supermarkets such as Coles and Woolworths have told 7 News they have already taken rockmelons off the shelves. Anyone who has bought the fruit can return it to their supermarket for a refund.

The NSW Food Authority said affected products have been removed from the supply chain.

“Consumers can be assured rockmelons currently available on shelves are not implicated in this outbreak,” the statement reads.

According to the Food Standards Australia and New Zealand, listeriosis can be prevented by following good food and eating practices such as:

– Refrigerate perishable foods and eat them as soon as possible

– Avoid cross-contamination — for example, use separate cutting boards and knives for raw and ready-to-eat food, and store cooked food separately from raw foods

There has been a total of 15 reports of listeriosis in NSW so far this year.