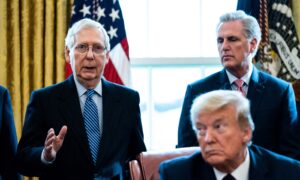 An Amber Alert has been issued for two children, an eight-year-old and a 16-year-old, that were abducted from the city of Boulevard in San Diego County on August 3. The alert was issued on August 5 at about 6:15 p.m. PDT.

The children are: Ethan Anderson, who is described by authorities as a white male with sandy brown hair, weighing about 65 pounds. He;s almost five feet tall. Hannah Anderson, his older sister, is 5-foot-11-inches, a white female with blonde hair and blue eyes weighing about 115 pounds.

The Imperial Valley Press reports that police are describing the suspect as James Lee DiMaggio, a 40-year-old white male with brown hair and brown eyes. He was driving a blue Nissan Versa with license plate number 6WCU986.

Anyone with information is asked to contact the San Diego County Sheriff’s Department at 858-565-5200. The Amber Alert was activated in San Diego and Imperial counties.