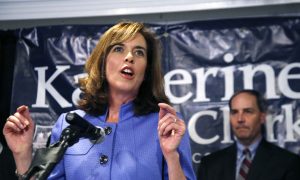 Twitter continues is piecemeal roll-out of anti-harassment tools, revealing on Tuesday a feature that would make it easier for users to report online harassment to law enforcement.

Now, when someone reports cases of harassment on Twitter, they can choose to be emailed a copy of the report with a timestamp of the tweet and the account of the harasser in question.

“We strongly recommend contacting your local law enforcement if you’re concerned about your physical safety. We hope that providing you with a summary of your report will make that process easier for you,” product manager Ethan Avey posted on Twitter’s official blog.

Twitter has been introducing a series of new features since last year in an effort to clamp down on online harassment, which it has been accused of neglecting in the wake of the Gamergate phenomenon. In December, it expanded the range of problems users can report to include harassment, impersonation, and threats of suicide. It also made it possible for users to report abuse on someone else’s behalf.

The changes were followed up in late February with a phone number tracking measure designed to ease the banning of serial abusers. Twitter will ask for the phone number of a user that has been temporarily banned for reports of harassment and check that against a database of known abusers. If the numbers match, the user would be a fully banned.

Twitter had also announced in February the tripling of its staff related to handling online harassment, which the company claims will be able to handle five times as many reports of abuse as it did previously.

“We suck at dealing with abuse and trolls on the platform and we’ve sucked at it for years,” Twitter CEO Dick Costello wrote in a memo in February. “We’re going to start kicking these people off right and left and making sure that when they issue their ridiculous attacks, nobody hears them.”