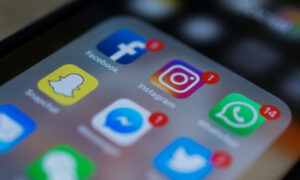 Twitter appears to have gone down on Monday night.

Update: The service appears to be all fixed now.

The popular social media service, as well as the popular extension Tweetdeck, is not registering updates as of approximately 8 p.m. EST.

“Is it me or is Twitter flat out stalled? If no one answers, I’ll assume the latter,” noted one user.

This journalist is also experiencing the trouble firsthand on Twitter and Tweetdeck.

Others are also experiencing problems.

“So it’s not just me. Apparently the Twitter is broken,” said one.

“My phone is doing this weird thing where my twitter is the only thing not working? my timeline barely loads and is showing things from 40 mins ago,” added another.