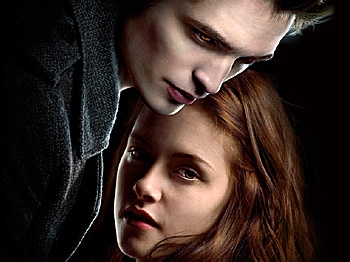 By Helena Zhu
Print
Twilight, directed by Catherine Hardwicke (Thirteen, Lords of Dogtown), has stirred up millions of passionate fans around the world as the first screen adaptation of Stephenie Meyer’s best-selling popular series of novels was recently released in theatres.

A cultural phenomenon with a dedicated global fan base eagerly awaiting its first screen adaptation, Stephenie Meyer’s four book series has spent a combined total of 91 weeks at No. 1 on The New York Times best seller list. The books have sold 17 million copies worldwide, and translation rights have been licensed in 37 countries.

The books center around 17 year-old Bella Swan (Kristen Stewart), the daughter of coolly divorced parents, who leaves her home in sunny Phoenix to live with her father in gloomy Forks, Washington, as her mom and stepdad start to travel.

The vastly different Washington is extremely exotic to Bella. At a new school, she falls in love at first sight with an even more exotic boy, Edward Cullen (Robert Pattinson). The Cullens are a family of vampire immortals who strive to live as normal a life as possible and have self-disciplined themselves for decades to consume only animal blood—the “vegetarian” style for vampires.

However, Edward has to suppress his urge to bite Bella, since her scent is obsessively attractive to him. A star-crossed Romeo and Juliet affair between a human and vampire is tricky indeed. However, Bella dedicates herself to the terrifying romance, which captivates the attention of a group of wandering vampires, who still possess the urge for human blood.

The movie has several close-ups that are quite overwhelming, especially when you sit in rows close to the front of the theater. Throughout the film, computer enhanced images, such as of a forest, appear more video game-like rather than real.

Generally the storyline of Twilight moves quite slowly as the chemistry between Bella and Edward gradually develops. This is often the challenge of adapting films from novels with huge fan-base. If the film doesn’t cover the nuances of the book, you alienate a nearly Harry Potter-sized fan base. If the film is too true to the book, it will come across as slow to develop and potentially lose first-timers. The production team apparently sided with the loyal fans.

The teen romance probably appears sweet to most adolescent girls, but at the same time, the forbidden love theme that develops is quite cliché and likely won’t appeal to a wider audience.