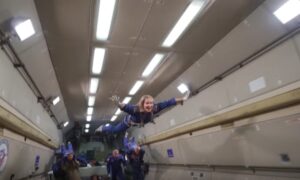 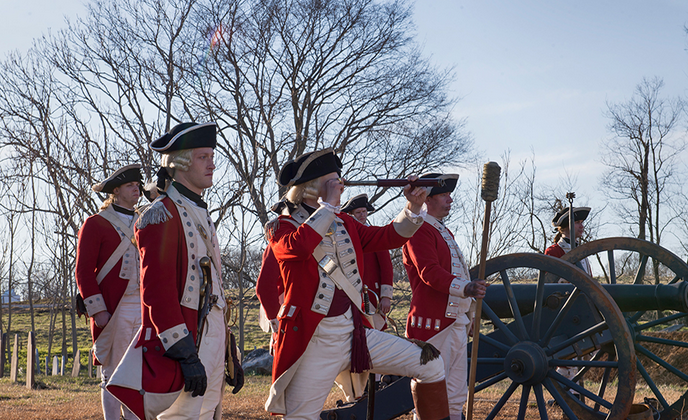 Turn Season 2: AMC Show to be Renewed or Canceled? EP Says There’s Plans For Another Season

There’s no word on whether Turn, the AMC show, will be renewed or canceled yet–but that hasn’t stopped the producers from planning the next season.

The ratings for the show, which is set during the Revolutionary War, have been less than impressive–about 1.3 million viewers per episode, including 0.4 million in the 18-49 age bracket–but not so low that it’s a definite cancellation.

Executive producer Craig Silverstein recently discussed the plans for season 2, if it happens, including introducing more recognizable historical characters, like was done with George Washington.

“As the story touches them, then they will organically come into it. We’ve made a deal with Ian Kahn to play [George Washington]. He’s going to play him in seven episodes of Season 2. He was awesome. And then Benedict Arnold is a big part of it, and he is coming. Of course, Benedict Arnold was a big hero before he became a big traitor, and he was somebody who Washington was friends with and was somebody who Benjamin Tallmadge looked up to very much and is a character who doesn’t know that he is going to become this huge traitor. It surprises him as much as everybody else,” he told Zap2It.

“Watching that rise and fall and his relationship with John Andre through this woman who they both are romantic with — John Andre was once engaged to, and then Benedict Arnold ends up marrying — Peggy Shippen, who’s a very different character from any of the women we’ve seen so far on the show. Those are some characters that are coming down the pipe that we’re very excited about.”

And how will the stakes rise in season 2?

“The information, the intelligence from the Culper Ring actually begins to pay off big dividends. It’s the thing that keeps the Continental Army alive at certain times. Showing that is going to be really fun, because they go on some missions, and some of those missions are ones that people may remember from your history books in terms of the battles. To see how the Culper Ring was instrumental in turning the tide one way or the other with their intelligence I think’s pretty exciting. They play at a much higher level than Season 1.”

Silverstein said that he’s looking forward to being able to explore the twisting path that Simcoe and Robert Rogers take in the next season, if it happens.

“And the idea that Mary has sort of gotten what she wants, and Abe has been forced to move into Whitehall, his father’s place,” he said.

“Abe, Hewlett, his father and Mary are all under the same roof eating together and sleeping in the same house. I think that’s going to create a more ‘Downton [Abbey]’ kind of tension.”