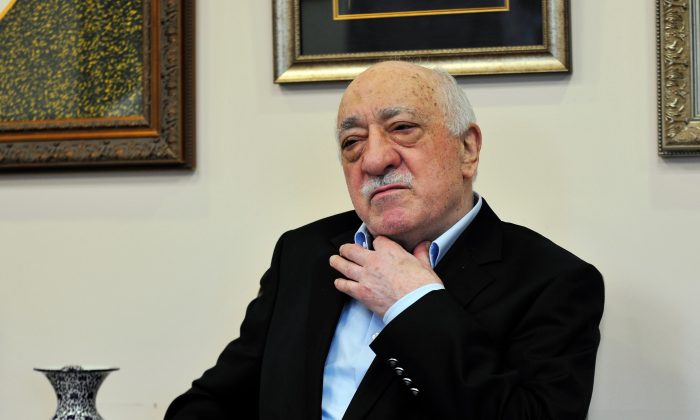 Islamic cleric Fethullah Gulen speaks to members of the media at his compound in Saylorsburg, Pa., on July 17, 2016. (Chris Post/AP Photo)
International

Turkey: US-based Cleric May Be Planning to Escape to Canada

ANKARA, Turkey—Turkey’s deputy prime minister says his country has “serious” intelligence suggesting that a U.S.-based cleric wanted by Turkey may be planning to escape to Canada.

Numan Kurtulmus told reporters Monday that intelligence gathered by Turkey indicated that followers of Fethullah Gulen had purchased “land and farms” in Canada and the Turkish government has shared this information with the U.S. Justice Ministry.

Turkey accuses Gulen of orchestrating a failed coup attempt in July and wants him extradited so that he may be put on trial. Turkey also requested that the cleric be taken into custody while the U.S. authorities review his case, to prevent him from leaving for another country.

Kurtulmus said: “We hope that (the United States) considers the issue seriously.”