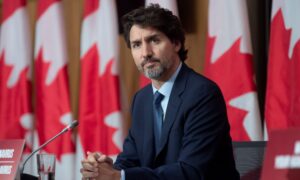 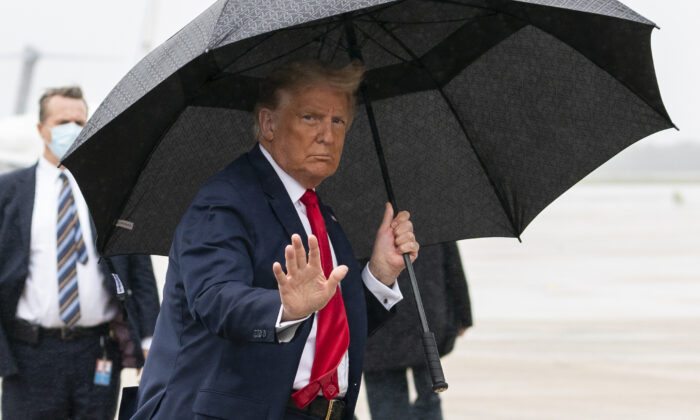 It came after he received pushback from some Republican senators who are opposed to a large package and as Senate Majority Leader Mitch McConnell (R-Ky.) is scheduled to try and vote on a smaller relief package.

“A fly on the wall or wherever else it might land in the Oval Office tells me that the President only wants his name on a check to go out before Election Day and for the market to go up. The American people want us to have an agreement to protect lives, livelihoods and the life of our American Democracy. Democrats are determined to do so!” she said.

However, hours later, in an interview with CNN, Pelosi was pressed by anchor Wolf Blitzer about accepting the White House’s $1.8 trillion offer after Rep. Ro Khanna (D-Calif.) encouraged the speaker to take it.

“People in need can’t wait until February. 1.8 trillion is significant & more than twice Obama stimulus. It will allow Biden to start with infrastructure. Obama won in 08 by doing the right thing on TARP instead of what was expedient. Make a deal & put the ball in McConnell court,” Khanna wrote in a Twitter post.

But Pelosi said that the White House deal “isn’t what we’re going to do and nobody’s waiting until February.”

“I want this very much now, because people need help now, but it’s no use giving them a false thing just because the president wants to put a check with his name on it in the mail that we should not be doing all we can to help people pay the rent, put food on the table and enhance benefits, that they don’t lose their jobs if they’re state and local,” she said. “We’re talking about the consequences of a pandemic, that the symptoms of a problem that the president refuses to address.”

McConnell, on Tuesday, said that the Senate won’t pass either the White House’s $1.8 trillion deal or Pelosi’s $2.2 trillion deal.

“So far they have said if we can’t do everything we want to do, we won’t do anything,” McConnell told reporters on Tuesday. “That doesn’t solve the problem.”

Last week, Trump announced that he would call off stimulus talks, urging the GOP to focus on the confirmation of Amy Coney Barrett to the Supreme Court. Several days later, he said he would propose a bill potentially larger than what Democrats had offered.

It’s not clear when Pelosi and the White House will speak again on the stimulus deal.