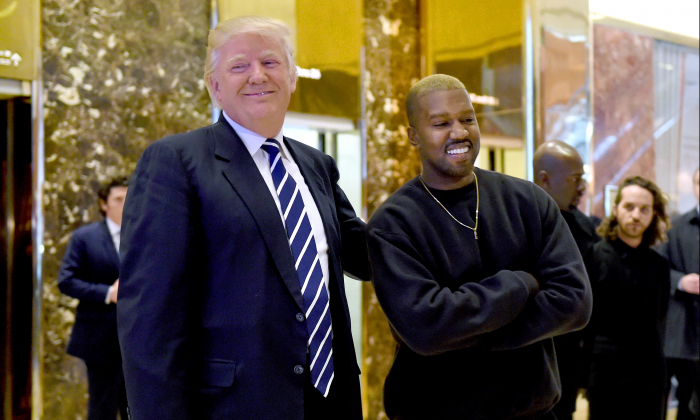 Three hours prior to Trump’s tweet, Kanye sent a message proclaiming his support for the president and defending a previous message he wrote supporting another black Trump supporter.

“You don’t have to agree with Trump but the mob can’t make me not love him,” West wrote. “We are both dragon energy. He is my brother. I love everyone. I don’t agree with everything anyone does. That’s what makes us individuals. And we have the right to independent thought.”

West was a vocal Trump supporter during the 2016 presidential race. The rapper’s latest tweet is the second time he stirred up controversy following his return to Twitter after nearly a yearlong hiatus.

Left-wing media pounced on both Owens and West over the tweet, labeling them “far-right.” Owens swiftly responded to the label.

“Far right? Allow me to clarify: I believe the black community can do it without hand-outs. I believe the Democrats have strapped us to our past to prevent us from our futures. And I won’t stop fighting until all black Americans see that,” she wrote on April 21. “I’m not far right—I’m free.”

West’s support for Owens’s worldview caught the attention of conservative social media influencers. Scott Adams, the creator of the Dilbert cartoons, live-streamed his response to the tweet, saying that West’s message will help free the rapper’s fans to a new “golden age.”

“He did something you could rarely see,” Adams said. “Kanye, in seven words, unlocked a mental prison.”

West sent 9 tweets on Monday with clips from Adams’s video.

West followed his tweet about Trump with a photo of a “Make America Great Again” hat signed by Trump and a photo of Trump’s tweet on his phone.