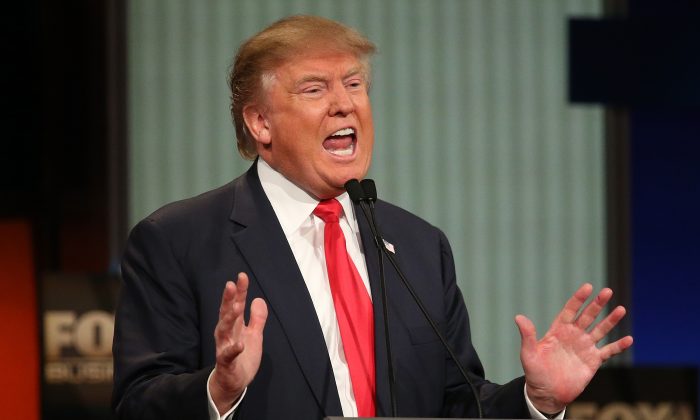 During the Republican presidential debate on Thursday night, the moderator hit Donald Trump with a loaded question about immigration.

The moderator asked whether he’s fear-mongering over taking in refugees from Syria and elsewhere, using the example of Refaai Hamo, a doctor who was recently relocated to Detroit and appears to be leading a peaceful existence.

The man’s wife and one of his daughters were killed in an air attack in Syria. “The president says that that doctor is the real face of these refugees, and into the one that you and some of your colleagues on this stage are painting, that you prefer the face of fear and terror, and that you would refuse to let in anyone into this country seeking legitimate asylum.”

“You just have to look today at Indonesia, bombings all over, you look at California, you look frankly at Paris, where there’s the strictest gun policy of any city anywhere in the world, and you see what happens, 130 people dead,” he added.

Trump then said that the doctor isn’t representative of the general refugee population.

“And this is not the case… that’s not representative of what you have in that line of migration,” he said. “That could be the great trojan horse, it could be people who are going to do great, great destruction.”