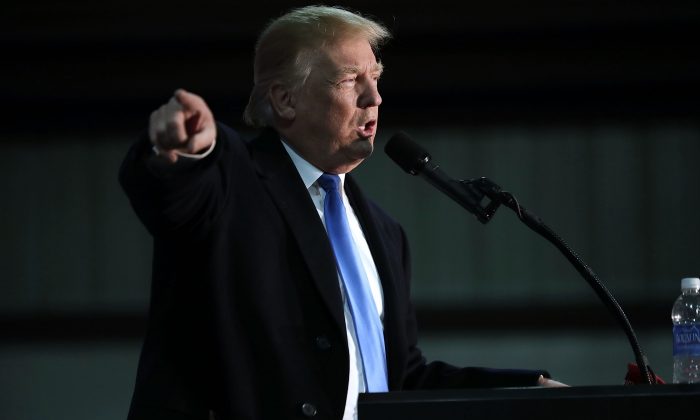 Trump Has Two Theories on Why NFL Ratings Are Down

President-elect Donald Trump has weighed in on the NFL’s slumping TV ratings.

Trump said that people are more focused on politics and the U.S. election season than football.

“I don’t know if you know, but the NFL is way down in their ratings,” Trump said during a rally last week—before he was elected president. “And you know why? Two reasons: Number one is this politics they’re finding is a much rougher game than football, and more exciting, and this—honestly we’ve taken a lot of people away from the NFL.”

Kaepernick has led players in protesting the national anthem before games. The embattled quarterback said it’s to protest against perceived systemic racism in he U.S.

NFL commissioner Roger Goodell, however, doesn’t believe Kaepernick’s protest is a reason why ratings are down.

Colin Kaepernick Blasted for Not Voting

“No, we don’t think that’s a factor and our network partners don’t either,” he said in mid-October, reported CBS.

In a recent interview with the New York Times, Goodell told the newspaper that this year’s decline is “cyclical” in nature. “We want to take as much what we call dead time, non-action out of the game, so that we can make the game more exciting,” Goodell said.