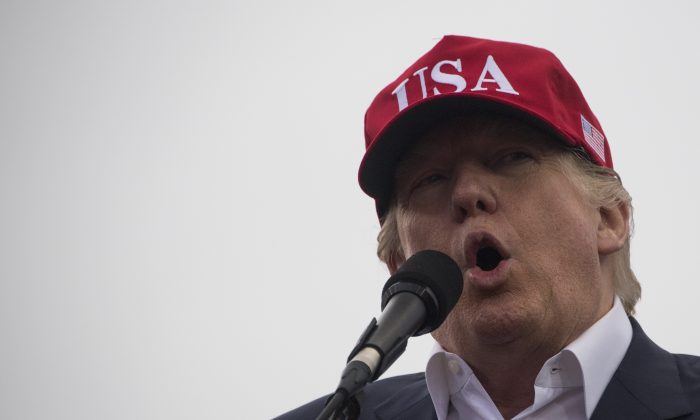 US President-elect Donald Trump addresses a 'Thank You Tour 2016' rally in Mobile, Alabama on December 17, 2016. (JIM WATSON/AFP/Getty Images)
US

Trump Asks When US and Allies Will ‘Fight Back’

Donald Trump is asking when the United States and other countries will “fight back” against the perpetrators of attacks like Monday’s deadly truck rampage in a Christmas market in Berlin.

Trump is quoting a video released Friday by the ISIS terrorist group that shows Berlin attack suspect Anis Amri swearing allegiance to the group’s leader while vowing to fight non-Muslims.

Trump, writing on Twitter Friday, quotes Amri saying, “By God’s will we will slaughter you pigs.”

The president-elect adds: “This is a purely religious threat, which turned into reality. Such hatred!”

Amri was killed Friday morning by police in Milan.