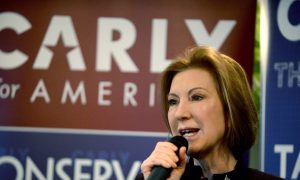 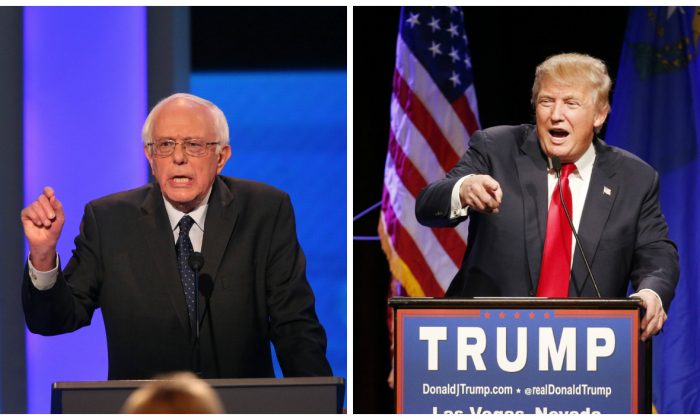 Sanders swept majorities of men, women, independents and young people in his win over Hillary Clinton, but faces challenges in the more diverse states that come next on the primary calendar. Trump, appealing to voters seeking a political outsider, could benefit from the persistent lack of clarity among the more mainstream Republicans struggling to challenge him.

“We are going to do something so good and so fast and so strong and the world is going to respect us again, believe me,” Trump said at a victory rally.

Ohio Gov. John Kasich grabbed second in New Hampshire after pouring nearly all of his campaign resources into the state. Jeb Bush and Marco Rubio vied for third along with Ted Cruz, the Iowa caucus winner, ensuring all would press on to the next voting contest in South Carolina.

Sanders, at his own raucous rally, said his victory sent a message “that will echo from Wall Street to Washington, from Maine to California. And that is that the government of our great country belongs to all of the people and not just a handful of wealthy campaign contributors and their super PACs.”

The enthusiasm behind Trump, a real estate mogul who has never held political office, and Vermont Sen. Sanders, who says he is a democratic socialist, underscores the public’s anger with the current political and economic system. Even if neither candidate ultimately becomes his party’s nominee, whoever wins that nomination will have to reckon with the voter frustration they’ve tapped into.

Clinton appeared to recognize that reality in her concession speech, echoing Sanders’ calls for taking on Wall Street banks and tackling income inequality. But she cast herself as more prepared to make good on her pledges.

“People have every right to be angry. But they’re also hungry, they’re hungry for solutions,” she said after congratulating Sanders on his win.

New Hampshire did little to clarify the crowded contest among more mainstream GOP candidates fighting to emerge as a challenger to Trump and Texas Sen. Cruz. Florida Sen. Rubio, former Florida Gov. Bush and Cruz battled for third behind Kasich.

Throughout the heated primary campaign, Kasich has prided himself on not attacking his rivals. A more moderate Republican from a politically important state, Kasich told supporters Tuesday night that his second-place finish could be an indication that “we’re turning the page on a dark part of American politics.”

The day was a blow for Rubio, who had appeared to be breaking away from the second-tier Republican pack after a stronger-than-expected showing in Iowa. But he stumbled in Saturday’s debate under intense pressure from New Jersey Gov. Chris Christie, who has relentlessly cast the young senator as too inexperienced and too reliant on memorized talking points to become president.

Rubio conceded that the debate may have hurt him in Tuesday’s contest and pledged to supporters that his poor performance “will never happen again.”

Christie, however, didn’t benefit from roughing up Rubio. He lagged behind the pack as votes were being tallied and said he planned to return home to New Jersey to “make a decision on our next step forward.”

Bush was pressing on, declaring that New Hampshire voters had “reset the race.”

Republican voters were more negative about their politicians than Democrats, with about half of GOP voters saying they felt betrayed by party officials. Trump carried a majority of those who said they wanted an outsider to win, according to exit polls conducted by Edison Research for The Associated Press and television networks.

In a sign of Trump’s impact on the race, two-thirds of GOP voters said they supported a temporary ban on non-citizen Muslims entering the U.S., a position the billionaire outlined last year amid rising fears of terrorism emanating from the Middle East.

Sanders pulled from a broad coalition of New Hampshire voters, gathering a majority of votes from both men and women, independents and voters under 45. Hillary Clinton won the majority of those over 65.

Clinton’s campaign argues she will perform better as the race heads to more racially diverse states, including Nevada and South Carolina. Both New Hampshire and Iowa are overwhelmingly white states that are far less diverse than the nation as a whole.

As polls closed, her campaign manager Robby Mook blasted out a memo touting Clinton’s strength with Hispanics and black voters and arguing that a Democrat cannot win the presidency without support from those constituencies.

The distinctions between what motivated Sanders and Clinton voters were sharp. The Vermont senator was backed by 9 in 10 voters for whom honesty was important and 8 in 10 who wanted a candidate who “cares about people like me.” Clinton, meanwhile, won support from nearly 90 percent of those who considered the “right” experience important in their decision and about 80 percent of those regarding electability as the most important factor.