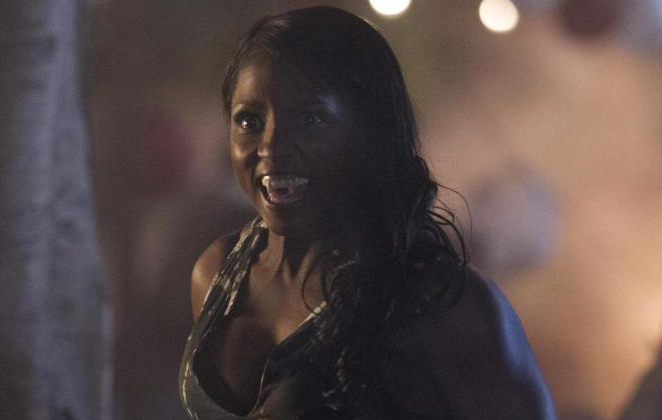 The True Blood season 7 opened with a blood battle, with dozens dying–among them was Tara (Rutina Wesley).

Tara was last seen facing off against a much larger infected vampire before the battle ended, and all that was left was a bunch of blood in the lap of Tara’s mother Lettie Mae.

TVGuide, which confirmed that Tara faced the true death, spoke to Wesley about what happened.

Unlike some other recent deaths on television, Wesley did not ask to be killed off, though she accepted her character’s fate.

“Tat’s what makes it True Blood. We’re in our final season. We have to keep it bloody. Somebody’s gotta go! I think they wanted to do that to get people right in there. I was OK with it,” she said.

“I’m sad. It’s kind of bittersweet because I’m going to miss everybody, but on to bigger and better things. It’s been a wild ride so far.”

Wesley also said that she appreciated the way her character went out.

So is there any chance that Tara will return in some form?