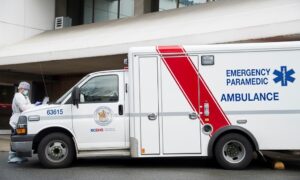 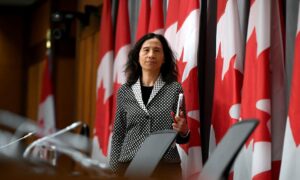 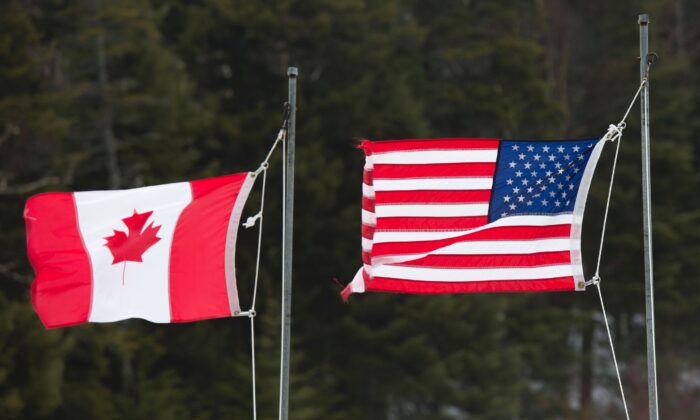 Canadian and American flags are seen at the US/Canada border in Pittsburg, N.H., on March 1, 2017. (Don Emmert/AFP via Getty Images)
Canada

Trudeau Appoints First Female Ambassador to the US

Prime Minister Justin Trudeau is promoting a veteran of the international−trade trenches to be Canada’s first permanent female envoy to the United States—just as a raging international pandemic tests the continent’s cross-border resolve.

Kirsten Hillman, who is currently the acting ambassador in Washington, is taking over the corner office of Canada’s embassy on Pennsylvania Ave. on a full−time basis, Trudeau announced in the morning of March 26.

Hillman is no stranger to difficult negotiations with the country’s largest trading partner, having played a central role in the 13-month effort in 2018 to negotiate a replacement for the North American Free Trade Agreement.

Most recently, she worked closely with partners around the world in the talks to ensure the Canada-U.S. border remained open to two-way trade and commerce despite the global outbreak of COVID-19, Trudeau says in a statement obtained by The Canadian Press.

“When we worked together to negotiate the new NAFTA, I saw Ms. Hillman’s ability to stand up for Canadians and fight for their interests,” Trudeau says in the statement.

“She combines exceptional knowledge and skills, and is a gifted diplomat. Ms. Hillman will remain a trusted adviser, friend, and counsellor in Washington and is our point person with Congress and the U.S. administration. I know that Canadians will be well represented by her.”

Hillman, who was deputy ambassador from 2017 to 2019, has been acting ambassador since her predecessor David MacNaughton resigned last summer.

A lawyer and an experienced hand on the international trade file, Hillman has been an assistant deputy minister with Global Affairs Canada and was Canada’s chief negotiator in trade talks with the European Union and the effort to join the Trans-Pacific Partnership.

“Kirsten Hillman has been—I think it would be fair to even call her a friend,” Deputy Prime Minister Chrystia Freeland, who as foreign affairs minister appointed her as deputy ambassador back in 2017, told a news conference last month in Washington.

“Canada is lucky to have such a talented woman working in our public service, and it has been a real pleasure for me to work directly with her today, and it’s a pleasure for me as deputy prime minister working on the Canada-U.S. relationship to work very closely with Kirsten every day.”