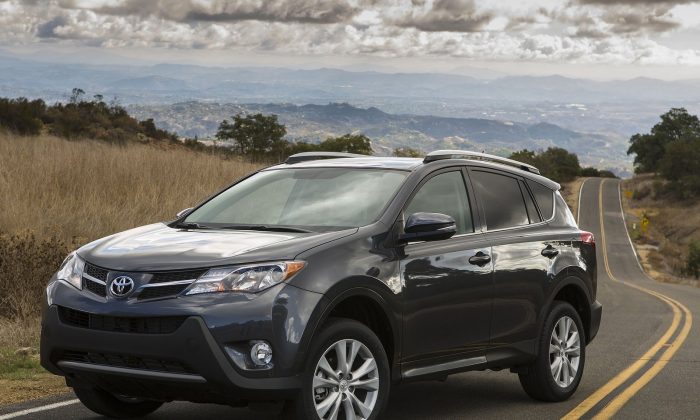 Being one of the originators of the compact SUV market, the RAV4 has proved to be a reliable companion over the years. With the introduction of the fourth generation, the vehicle has received several desirable and much appreciated upgrades.

Compact SUVs or CUVs are car-derived vehicles. They are wildly popular because they possess a car-like driving experience and comfort, plus a flexible interior that you can actually carry the stuff of life in. The fact that they get pretty good fuel economy and have an elevated seating position is icing on the cake.

Dimensionally, the new RAV4 is about the same as the previous generation. The interior has been reconfigured to harvest more usable space. The side opening rear cargo door has been replaced with an overhead hatch. Many liked the side door because you didn’t have to make a high reach to pull the door shut and there were no hydraulic pistons holding the door up to wear out. The upside to the change however is that the spare tire is no longer hanging outside the car on the back door. It is now neatly tucked under the rear cargo area. That makes for a more elegant appearance and lower repair bills in rear collisions.

Though the previous RAV4 had optional third row seating for very small agile people, not many buyers opted for it, and so the spare tire claimed that space. In all, the interior cargo room in the new RAV4 has been increased in the new model. The second row of seats is 60/40 split and the seat backs recline for added passenger comfort.

Another significant change is in the drive train. The previous model had either a 4-cylinder or the optional V6 engine. Both are now replaced by a totally modern 2.5-liter 4-cylinder engine. The previous model was equipped with a 4-speed automatic and the new one has a 6-speed transmission. The new 4-cylinder and 6-speed automatic combination is a quieter, more efficient package that provides more than enough power for the vehicle and delivers better fuel economy too. The front- or all-wheel drive options have been retained.

Though the exterior styling will seem like a modernized version of a familiar shape, the interior has been radically upgraded. The timid utilitarian trappings have been replaced with contrasting colors, surface stitching, and soft touch panels. The seating is comfortable and the visibility from the passenger’s viewpoint is rewarding.

Toyota buyers are loyal and keep coming back largely because of the quality and reliability of their vehicles. The new RAV4 retains those attributes and is now offered in a more modern and appealing package.