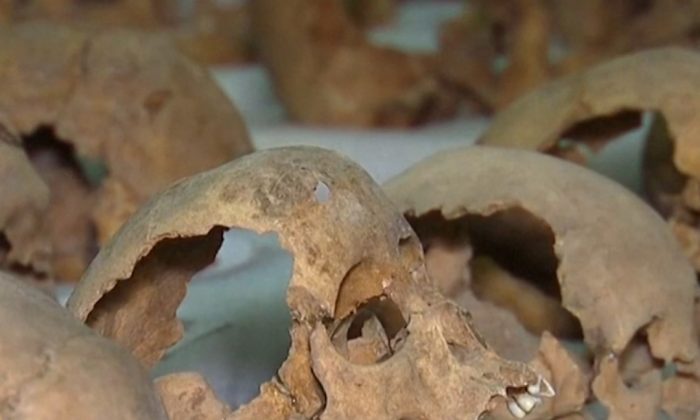 Archaeologists have unearthed an Aztec temple that contains a 2-foot-diameter tower of human skulls.

Among the hundreds of skulls are the remains of women and children—an unexpected find.

Artifacts of Aztec sacrifice are not new. However, the previous understanding of Aztec culture indicated that only men were sacrificed.

“They had the hypothesis that they were only going to find men, warriors, prisoners of war, but no,” said anthropologist Rodrigo Bolanos.

“What we are seeing with the physical anthropology team is that there exists an important representation of women and children too, what we hadn’t expected. It was not expected to find them here,” he said.

Spanish soldiers conquered the Aztecs in the 16th century.

One soldier’s account from 1521 mentions seeing this tower of skulls.