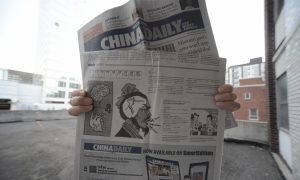 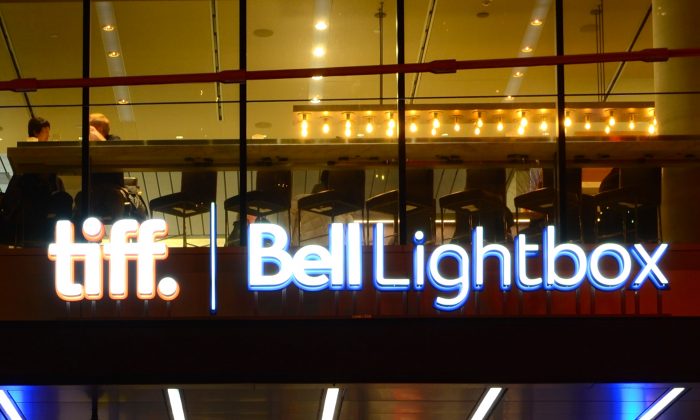 Tibetan-Canadians are outraged that the Toronto Star has partnered with a propaganda show put on by the Chinese regime that whitewashes crimes in Tibet. The Tiff Bell Lightbox is one of the venues hosting the performance. Students for a Free Tibet Canada want the Star and Tiff to withdraw their support and cooperation in staging the performances that are part of Canada-China Tibetan Culture Week. (Raysonho @ Open Grid Scheduler/Grid Engine)
Canada

The Toronto Star and TIFF Bell Lightbox are helping cover up the horrific crimes being carried out against Tibetans by supporting and hosting the 2014 Canada-China Tibetan Culture Week, a propaganda tour put on by the Chinese Communist Party.

Their part in helping stage these events in some of Canada’s most important cultural venues is both an outrage and a disappointment. And it is being done without any consultation with the Tibetan-Canadian community, in either willful or ignorant complicity with the Chinese Communist Party (CCP).

For many in our community—who fled into exile, lost family members to CCP torture, Lao Gai camps, and the arduous escape through the Himalayas—it is humiliating and deeply upsetting to see our identity, culture, and the truth of our nation’s suffering being twisted right here in our new home of Toronto as part of the Canada-China Tibetan Culture Week (CCTCW).

It is insulting, it is upsetting, and it is deeply disrespectful.

It is also misleading to our fellow Canadians. The brutal irony may be lost on them, but is not lost on us, as refugees, as survivors, and as displaced people struggling to keep our culture alive and our stories truthful and told.

Whether they realize it or not—and it is hard to believe they do not—the Star and TIFF Bell Lightbox have partnered directly with the Chinese Communist Party’s well-oiled and insidious propaganda campaign on Tibet through the Ministry of Propaganda and the United Front Work Department responsible for subjugating Tibetans, Uyghurs, Taiwanese, and the Falun Gong.

This same event was just sponsored and directed in Vancouver by the Chinese consulate, with the same images, film, and dancers about to be showcased at Toronto venues.

There are many other stops on the CCTCW’s international tour of deception. And while the Star and TIFF may be partnering in Toronto with the Justin Poy Agency, the public should not be fooled for a moment about who is actually paying the bills and who ultimately funded the production of the propaganda they are about to showcase.

Each of the organizations in Canada involved in approving, planning, and sponsoring the CCTCW is now directly complicit in China’s brutal, decades-long suppression of Tibetan culture and the ongoing genocide and media blackout in Tibet.

Their decision to host this event brings shame to these organizations and dishonours their artistic, journalistic, and social missions. This is no different than showing Reifenstahl’s “Triumph of the Will” in the 1930s with an accompanying dance troupe of Jewish and Roma performers.

While the CCTCW shows films and images and hosts dancers celebrating “glorious Tibet” and the “new socialist reality,” over 130 Tibetan men and women, mothers and fathers, monks and lay people have doused themselves in gasoline and lit themselves on fire in protest of China’s occupation, and countless others are suffering decades of torture and imprisonment in China’s Lao Gai prison camps.

As arts and media organizations dedicated to the power of truth and art and their ability to transform the world, TIFF and the Toronto Star should be ashamed of their role in whitewashing the CCP’s ongoing brutalization of Tibet. This shocking act of hypocrisy goes against the values these organizations stand for—art, truth, and social justice. TIFF and the Star should be ashamed and immediately withdraw their support for the Canada-China Tibetan Culture Week.

If the Star and TIFF wish to have a Canadian Tibetan Culture Week, Students for a Free Tibet Canada would be happy to work with them to bring the best Tibetan artists, filmmakers, performers, and photographers from around the world to their venues—without any Chinese government sponsorship, direction, or supervision.

However, the fact that Students for a Free Tibet Canada, a leading organization in the Tibetan-Canadian community, only found out about the CCTCW in the pages of the Toronto Star one week ago speaks volumes about their goals, intentions, and insensitivity.

At nearly 10,000 strong, Toronto’s Canadian-Tibetan community is the largest and most vibrant Tibetan community in North America. The fact that the Star and TIFF have organized a Tibetan Cultural Week with zero consultation and participation from our community speaks volumes.

Today in Tibet, the Chinese Communist Party will not allow a single internationally accredited journalist to set foot in our country, let alone document and report the real situation on the ground.

In 1963, Malcolm Browne’s Pulitzer Prize-winning image of a single monk, Thich Quang Duc, lighting himself ablaze on the streets of Saigon to protest the abuse of Buddhist monks there shook the world. Today, the Toronto Star and TIFF are complicit in the CCP’s efforts to ban a new Malcolm Browne from taking that one searing image of the truth in Tibet and bringing it to our global consciousness.

Their actions remind us all that China’s economic lure and the cynical power of its propaganda regularly mesmerize the best and brightest among us, and pervert the most noble of our institutions.

The CCTCW is no different than the Confucius Institute in design, purpose, and execution—both exist to promote the Chinese Communist Party’s agenda. And like the Toronto District School Board, the Toronto Star and TIFF Bell Lightbox should immediately cease their affiliation with this propaganda machine.

We understand that there are Tibetans who will be performing at these exhibitions, and we applaud their hard work. But we also stand with our brothers and sisters in Tibet and around the world who continue to struggle against the Chinese regime’s policies that aim to completely destroy Tibetan culture, identity, and fragile Himalayan plateau environment.

We hope to be able to converse and interact with the Tibetan performers coming to Toronto, and suggest that we host them at our Tibetan Canadian Cultural Centre. We highly suggest this to their Chinese minders, and would like to see what kind of reaction we get.

Canadians celebrated Baryshnikov’s defection from his minders in our very own Sony Centre over 50 years ago. Yet today the Star and TIFF pander to and partner with the modern equivalent of the dancer’s Soviet minders. Baryshnikov wouldn’t stand a chance today.

Our hope is that the Star and TIFF will recognize just how wrong it is for them and their organizations to be associated with this event. We as Tibetan-Canadians demand that they do not proceed with it, and help us keep our culture strong and vibrant and support our efforts by engaging our community whenever possible.

With the celebration event of His Holiness the Dalai Lama’s award of the 1989 Nobel Peace Prize coming up, the Canadian public can attend and see for themselves Toronto’s strong and vibrant Tibetan community.

Without a doubt we will continue to protest and strive to make clear the truth about life under Chinese repression in Tibet, and let stakeholders and the Canadian public know the truth of the situation and the CCTCW organizing partners’ complicity in spreading Chinese Communist propaganda.

Urgyen Badheytsang is the national director of Students for a Free Tibet Canada.