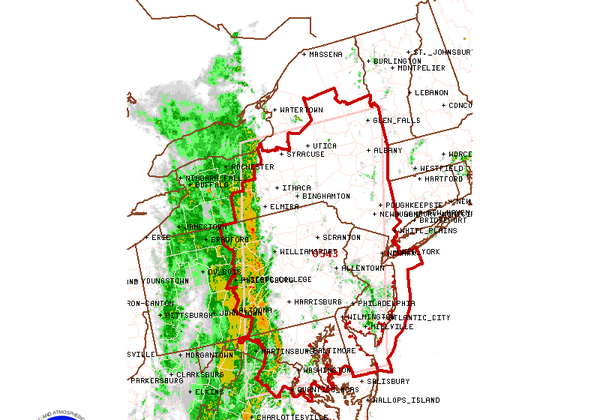 Tornado watch in effect across parts of the eastern United States on Monday, Oct. 7, 2013. (NOAA)
US

Tornado Watch Across East From DC up to NY and NJ

The National Weather Service announced a tornado watch in effect across a large portion of the eastern states Monday morning through to 5 p.m. EDT.

From Washington D.C. up through Maryland and Pennsylvania and into New Jersey and parts of New York, the conditions are favorable for the formation of tornadoes.

Conditions are favorable for the development of tornadoes in these areas. People should be prepared to seek shelter immediately.