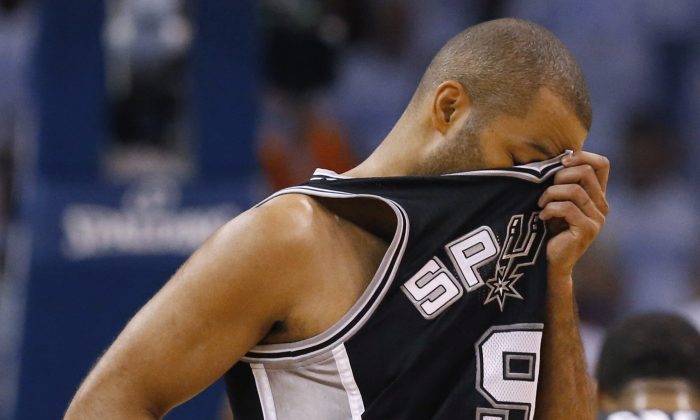 San Antonio Spurs guard Tony Parker wipes his brow between plays against the Oklahoma City Thunder in the first half of Game 6 of the Western Conference finals NBA basketball playoff series, in Oklahoma City, Saturday, May 31, 2014. (AP Photo/Sue Ogrocki)
NBA

Tony Parker is hopeful to play in game 1 of the 2014 NBA Finals.

Parker left game 6 of the Western Conference Finals on Saturday because he was feeling “soreness” in his left ankle, according to the Spurs.

Coach Gregg Popovich said that Parker had sprained the ankle in game 4 and aggravated the injury in game 5.

He said that Parker was “50 percent of less” in game 6, reported Sports Illustrated.

Now two league sources with direct knowledge told Yahoo that Parker “should be ready to play” in game 1 on Thursday night.

Parker will work to rehabilitate the sprain leading up the game 1 to try to get it ready.

The Spurs also have Patty Mills at that position.