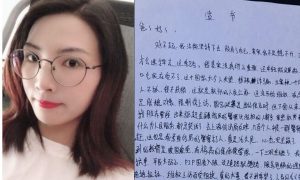 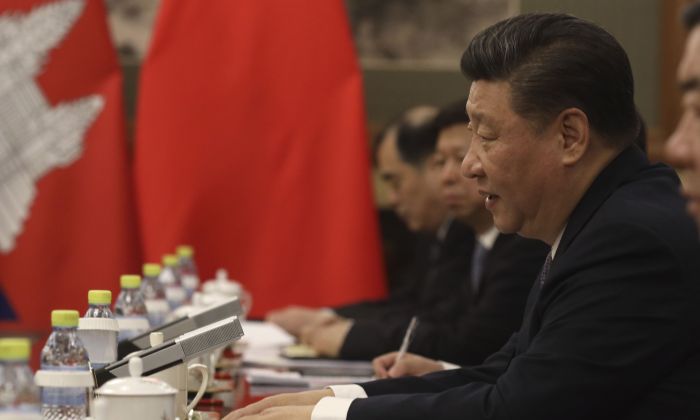 The Chinese Communist Party’s elite cadres just concluded a series of meetings in Beijing from Jan. 21 to 24.

But the timing of one particular session was curious.

Every winter in Beijing, a discussion seminar is held for provincial-level officials from around the country.

Around the same time, regional governments also hold local versions of the Two Sessions, or “Lianghui,” which are meetings of delegates in the National People’s Congress, the Party’s rubber-stamp legislature, and the Chinese People’s Political Consultative Conference, which is an advisory body to the Party.

But this year, for the first time, Beijing gave priority to the national meeting and asked local authorities to reschedule the Lianghui.

State-run media Xiake Island, an online website affiliated with People’s Daily, noted that the timing meant that the national meeting—which was themed around “preventing and resolving major risks” this year—was extremely urgent.

Hua Po, a Beijing-based political observer, said the Chinese communist regime is worried about the possibility of a “color revolution,” a term that refers to popular uprisings in former Soviet states, such as Ukraine, that swept away long-established authoritarian rule.

In an interview with the Chinese-language Epoch Times, Hua noted that on Jan. 17, the Minister of Public Security, Zhao Kezhi, spoke at a national conference for the country’s police force, saying that the current priority is “to prevent a color revolution. Presently, the unstable situation has already triggered a chain reaction.”

According to Hua, a number of violent crimes that have dominated headlines this past year have spooked citizens, as well as police. “The whole country, from top to bottom, is very nervous,” he said.

Within a Party that is primarily concerned about its stability and continuity, squashing public protests are a constant political priority.

Recently, the Chinese regime issued new regulations on “political and legal work,” hinting at the Party’s fear of public unrest. The document, announced by state-run media Xinhua on Jan. 18, emphasized the “absolute leadership” of the Party on political and legal affairs, and required that “political and legal committees” be installed at grassroots levels such as townships, villages, and neighborhoods in order to ensure “political security.”

Hua explained that these new regulations are meant to strengthen the Party’s control.

The Party’s vigorous push for such policies are also an indication that “the regime is very unstable now, so the CCP must integrate various resources to strengthen its control at the most basic level of society,” Hua said.

Chinese leader Xi Jinping spoke of the major risks currently facing the Party while at one of the national meetings in Beijing.

On Jan. 21, during a meeting for all provincial and ministerial officials, as well as military officials, at the Party’s main academy for training cadres, Xi gave a speech that warned of seven risks: “political risk, ideological risk, economic risk, science and technological risk, social risk, external environment risk, and party-building risk.”

Xi spoke about “seven must-do’s” to revive the economy, including “a longterm effective mechanism to make sure the real estate market can grow in a stable and healthy manner,” “solve the difficulties in small and medium-sized enterprises getting funding,” and ensuring that the country’s employment rate is healthy.

Hua noted that many of the past year’s public protests focused on people’s economic demands: veterans who appealed to authorities for proper medical compensation, people whose homes were forcibly demolished by local governments, and people who lost their investments in collapsed peer-to-peer lending platforms.

“Xi Jinping has noticed that there are challenges [to the Party] both inside and outside the communist system, at home and abroad.”

The external threat is the ongoing trade dispute with the United States. Tariffs have hurt China’s economy as multinational companies move production out of China to avoid paying the U.S. import duties. Joseph Yu-shek Cheng, a political science professor at the City University of Hong Kong, told The Epoch Times that he believed the CCP organized the national seminar urgently because Xi needed full Party support for how he deals with the trade war.

“If China and the U.S. cannot reach an agreement in trade negotiations, the trade war would be a full-scale, comprehensive war. Xi Jinping certainly wants to obtain full support within the Party,” Cheng said.

“If China has to concede to the U.S., how should it be done? If a full-scale trade war really happens, how should the CCP prepare itself for the heavy blows from the trade war?” Cheng said these are issues Xi will have to sort out.