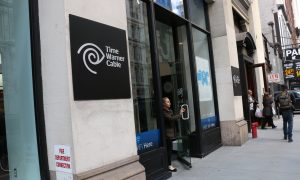 Tim Wu Against the Internet Cartel

If elected, Wu would use his office of lieutenant governor to fight Comcast's merger with Time Warner Cable
By Jonathan Zhou

NEW YORK—Tim Wu has a plan to keep the Internet from falling into the hands of a cartel.

This is a challenge because, if history repeats itself, he won’t succeed. In his 2010 book “The Master Switch,” the Columbia law professor describes how information technologies consistently gravitate towards control in the hands of a few.

“From somebody’s hobby to somebody’s industry … from a freely accessible channel to one strictly controlled by a single corporation or cartel,” he writes. “It is a progression so common as to seem inevitable.”

This pattern, which he dubs “the Cycle,” can be found in the history of the telephone, radio, movie, and television industries; and all evidence points to the Internet being next.

Jamming the Wheels of History

In an attempt to stop the Cycle in its tracks, Wu is running for lieutenant governor of New York on an antitrust platform. His current target is Comcast, whose planned merger with Time Warner Cable (TWC) could be stopped by the state government, says Wu, although it is rarely attempted.

“If the state tried to block the [Comcast-TWC) merger, it would effectively stop the merger, at least in New York,” he said in a phone interview.

“It would probably kill the merger,” said Wu, adding that the merging parties usually give up.

Recent developments in the telecom industry have eerily matched Wu’s grim prognosis at the end of his book, where he warned of “a new imperial age” under the aegis of joint media-broadband conglomerates.

Earlier this year, Comcast flexed its muscles and browbeat Netflix into paying extra fees for “fast lanes” that would ensure quality streaming service to its customers. Netflix had accused Comcast of interfering with its movie stream services. Critics say that fast lanes could become the de facto Internet standard, leaving websites unable to pay higher fees out in the cold.

Comcast also acquired NBC Universal in 2011, and is on course to merge with TWC in early 2015.

Comcast and TWC are the first and second-largest cable companies in the country. To comply with federal anti-trust guidelines, Comcast will have to dump 3 million of its cable subscribers so that its market share in subscription television doesn’t exceed 30 percent.

Wu can’t say with certainty that the state can block a merger because it’s so rarely attempted. A state hasn’t tried to block a merger in over 20 years, deferring instead to federal agencies, which have disappointed Wu in recent years.

In April, Tom Wheeler, chairman of the Federal Communications Commission and a former lobbyist for the cable industry, proposed rules to authorize telecom companies to have fast lanes like the ones Comcast used to get fees from Netflix.

Wu is a vehement opponent of fast lanes, which he thinks would just raise costs for customers and signal the end of an open Internet, with Internet providers adding more layers of fees and raising barriers to entry.

“The states have the right to take a different stance on things than the federal government,” Wu said. “New York could set strong net neutrality conditions or block the merger altogether.”

Net neutrality, a term Wu coined in 2003, refers to Internet providers not discriminating how data is treated based on the ability of the website to pay.

Neither the office of the governor nor the lieutenant governor has the power to unilaterally pursue an antitrust policy, but each could have influence over other state agencies with antitrust jurisdiction.

“The Attorney General’s office is the antitrust bureau. The Public Service Commission could stop the Comcast merger. They’re an independent commission, but the governor’s office has a certain power to pressure agencies to do their jobs,” Wu explained.

If elected, Wu’s main task would then be to draw attention to the emerging telecom cartel.

“You meet with the people and make them understand it’s an enforcement priority, talk to the press about the issue, have people write about it, tell the head of the office that you expect them to do a thorough investigation,” he said. “It’s about pressuring, calling for things; the operation is the bully’s pulpit.”

“The bully’s pulpit” was Teddy Roosevelt’s term for the president’s power to discuss and bring attention to any issue by virtue of the office’s prominence. Roosevelt couldn’t pursue monopolies single-handedly, but arguably furthered the antitrust cause more than anyone else.

Roosevelt led a public campaign against monopolies while in office, persuaded Congress to pass antitrust legislation, and had his attorney general pursue many lawsuits against trusts. Standard Oil, which epitomized the term “monopoly,” was broken up two years after Roosevelt left office.

It’s no coincidence that Roosevelt has been Wu’s political lodestar in his campaigning. Wu has used the sobriquet “invisible government” to describe the allegiance of corrupt government to big business, a term borrowed from the 1912 platform of Roosevelt’s Progressive Party.

“We’re trust-busters in the tradition of Jefferson and Teddy Roosevelt,” said Zephyr Teachout, the gubernatorial candidate with whom Wu is running, in an interview about their campaign.

Wu and Teachout have received enough signatures to get a spot on the ballot in the Democratic Primary in September. Although Cuomo has a high approval rating and $35 million in campaign funds, Wu has a reasonable chance of getting elected because the governor and lieutenant governor ballots are separate in the primary. If Wu gets the most votes for lieutenant governor in the primary, he will be on the Democratic Party ballot with Cuomo in the general election.

Wu’s main opponent in the primary is Cuomo’s running mate Kathy Hochul, a former U.S. Congresswoman who served one term in a district that leans Republican and is dogged by her record of opposition to gun control and municipal IDs for undocumented immigrants.

Hochul has made little contact with the press, and Wu has called for her to “come out of hiding.” Wu has a firm, pro-immigration stance, and both of his parents were immigrants.

“Immigrants make up the entrepreneur, small business base. I’m very interested in examining the ways New York State makes life difficult for immigrants, even on things like paperwork and language availability,” he said.

Near the end of “The Master Switch,” Wu ruminates on the optimism of the digital era and wonders if the Internet might escape capture by a cartel, the fate of all its predecessors.

“Is the Internet different?” he asks. “Have we seen the last of the Cycle?”

Four years later, Wu is hoping that the cycle of politics will triumph over the cycle of cartels. He’s been reading the writings of Teddy Roosevelt to learn how he could foster a replay of the populism that swept the country a century ago, when antitrust issues made the front page of newspapers.

The latest political winds have been favorable to Wu’s vision. Public backlash to Wheeler’s regulatory proposals at the FCC to allow fast lanes—seen by many as anti-net neutrality—has been building for months. It reached a fever pitch this week as the deadline approached for public comments regarding Wheeler’s proposals on the FCC website.

The original deadline was delayed from Tuesday to Friday, July 18th, as the website was jammed with activity. Over 1 million comments have been submitted as of Thursday, most of them in the past week. Based on samples of thousands of comments, the public is heavily critical of the proposals to loosen net neutrality requirements, according to the New York Times.

The number of comments in this case is historically unprecedented for an FCC proposal.