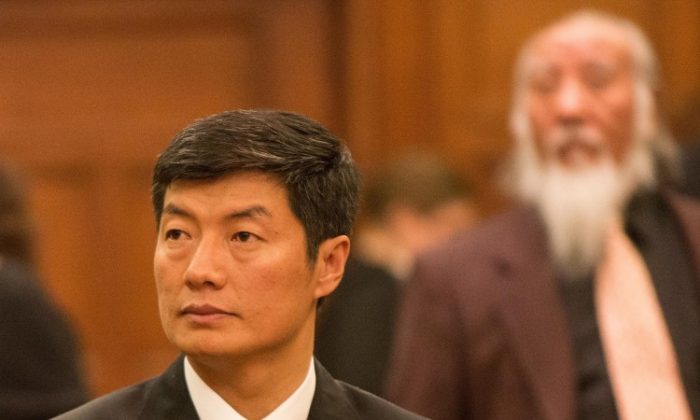 Lobsang Sangay, leader of the Tibetan government-in-exile, called on Canada to investigate the cause of self-immolations in his homeland during testimony on Parliament Hill, Feb 26, 2013. (Matthew Little/The Epoch Times)
US

Sangay, head of the Central Tibetan Administration, told MPs on the human rights subcommittee that the rise of suicide by self-immolation in Tibet reflects the Chinese regime’s repression of the ethnic minority.

He told reporters the new Office of Religious Freedom should investigate the issue. Canada could also send a delegation to investigate, he said.

Sangay noted that the regime’s response to the self-immolations has been to punish the friends and family members of those who self-immolate. He said some self-immolators hope to die to avoid long detentions and torture in Tibet’s many prisons.

“The blame, and the solution, lie with Beijing,” he said, adding that he wants dialogue with the Chinese regime and autonomy for Tibet.

The repression in Tibet is unbearable, and any suggestion that there is religious freedom in the country is a farce, said Sangay. Monks in monasteries are forced to spit on pictures of the Dalai Lama to show their loyalty to the regime. Many leave the monasteries.

That exodus is directly connected to the self-immolations, he said. As monks leave or are expelled, the repression they suffer leaves them destitute. Because they are Buddhists, they cannot harm others, so as a last resort, they harm themselves.

“The act of self-immolation is a painful cry,” he said.