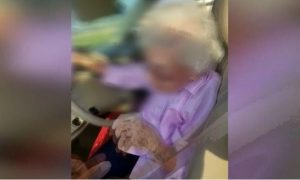 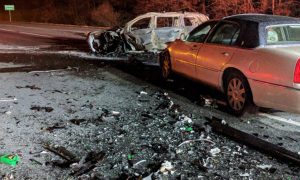 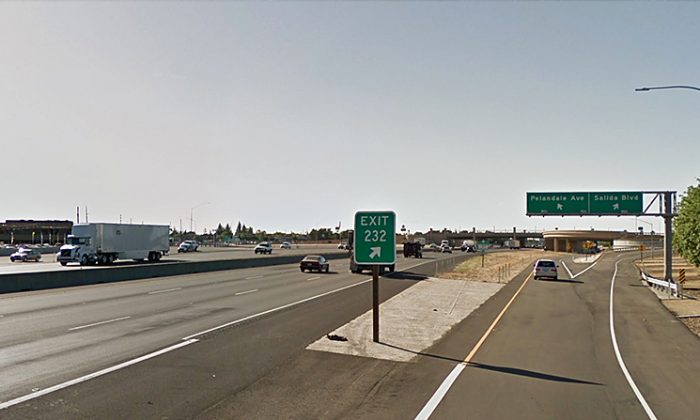 It was along this stretch of Highway 99 north of Pelandale Avenue in Modesto that a driver heading the wrong way hit two other vehicles. (Google Maps screenshot)
Northern California

Two adults and a toddler are dead after a fatal collision on Highway 99 in Modesto, Calif. just after midnight on Dec. 22.

According to the California Highway Patrol (CHP), a 2004 GMC Yukon was heading north in the southbound lane of Highway 99, when it sideswiped a 1997 Toyota Camry heading south.

After bouncing off the Camry, the wrong-way Yukon slammed head-on into a 2007 Chevy Tahoe, CHP Sergeant Nelda Banuelos told KCRA 3 News. The Yukon and Tahoe both burst into flames on impact.

The driver and passenger in the Camry, Schwan Taylor of Empire, 40, and Clarence Taylor of Modesto, 69, avoided serious injury, according to the Modesto Bee.

The female driver of the Tahoe was declared dead at the scene.

The driver of the Yukon and his passenger, a toddler less than two years old, also died from the impact and ensuing fire.

Police have not yet released the identities of the three victims to the public.