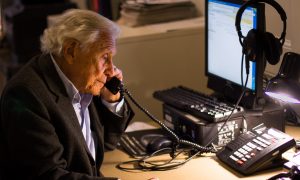 This is New York: Stan Brooks, Seven Decades of News and Six of Marriage
0 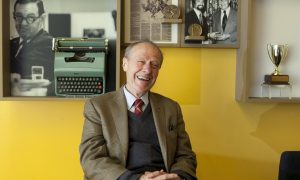 This Is New York: Norbert Sander on New Beginnings
0 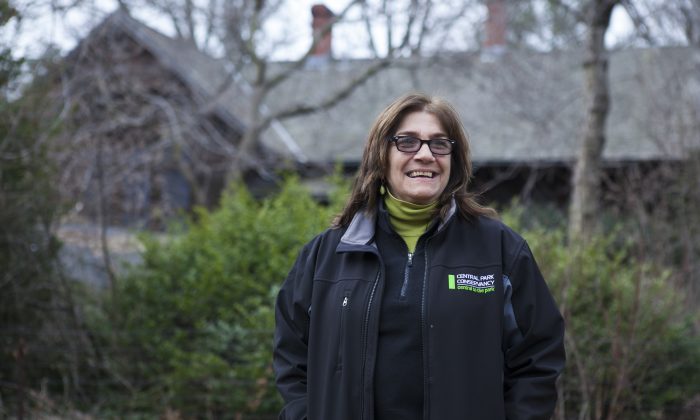 Alas extreme weather, but spring must go on
By Amelia Pang
Print

NEW YORK—The sun ascends the hills of North Meadow. Dry leaves fly in the wind as patches of grass begin to fill the still-barren fields. The Vernal Equinox just passed, but snow insists on returning. Conservancy workers begin plowing walkways at 2 a.m. to accommodate the spring visitors who come at all hours of the day. It’s going to be a strange spring this year, Maria Hernandez says to herself.

Central Park has seen 156 springs, and no spring is ever quite the same. In a decade marked by extreme weather, the gardeners of America’s largest urban park face new questions.

But Hernandez, the horticulture director of the Central Park Conservancy, has it under control. She is an expert in the art of preparing park flowers to sashay into bloom.

For nearly 23 years, Hernandez has been doing hands-on work from the micro to the macro. She understands which plants “like to keep their feet wet,” or need moist soil. She knows which species of plants the park has yet to debut.

For each uncertainty, Hernandez is the gardener extraordinaire with the answers. But few know her back story.

“Close the door,” she said. “Otherwise, everyone is going to come in here to talk about everything.” Her lime green turtleneck brings out the blue in her eyes. There is a Katie-Holmes kind of sweetness about her.

Two paintings decorate her office—one of a goldenrod and another of a native lily. Golden rods are the backbone of the park, she said. They are the most popular flower used in Central Park’s fall display. “But gardening is about taking chances,” she said.

Now more than ever, the gardeners are taking more chances. There were several severe storms in the last decade.

Hurricane Irene took down 60 trees in August 2011. The following October, Central Park faced the worst storm of its history—the Halloween Storm—which ravaged more than 1,000 trees in a span of 400 acres. Not long after, Hurricane Sandy devoured 650 trees (and still counting), including a 160-year-old oak tree.

Gardeners are constantly searching for new planting opportunities. A couple of years ago, they started planting Camperdown elms. “They’re very drapey, almost like a weeping cherry,” she said. “We want to make sure we keep everything else away from it so that it does have that magnificent drape. A gardener called me this morning to check up on that.”

Apart from pH levels and soil texture, one of the most important aspects of gardening is the visual component. “It just has to look like it belongs there,” she said.

She begins to cough. And sneeze. Two more sneezes follow. The director of horticulture struggles with allergies.

This little discomfort is nothing to Hernandez. After all, she gave up a secure position as a real estate manager in 1992 to become a seasonal gardener at Central Park. Hernandez knows a thing or two about loss, and what is gained from it.

A Job Second to None

Hernandez is a lifelong habitué of the park, having grown up on the Upper West Side. Her mother worked as a forewoman in a bathing suit factory. Her father worked for a small electrical firm. As a child, she dreamed of becoming a marine biologist. But she never got past her fear of deep water.

She toiled in real estate for 10 years, a perfectly wonderful job for many people, but Hernandez was not happy. “When you hit 40 … you wonder about what you live for,” she said. The repetition of her work—houses, papers, houses, papers—produced an ennui that enveloped her existence.

“At the end of the day, I didn’t feel like I accomplished anything I was proud of,” she said.

Her life made a turn during a walk in Central Park when she came across a gardener leading a group of volunteers. The idea suddenly hit her: she could get paid to garden. “How do I do what you’re doing,” she asked the gardener.

Her first gardening job in Central Park was caring for Cedar Hill. She mowed, mulched, deadheaded. At the end of the day, she felt that she achieved something more profound than the maintenance of an attractive landscape.

At home, she needed a roommate to make ends meet. She wondered if she could make next month’s rent.

“There was that 1970s stigma about the park even though it wasn’t warranted,” she said. When New York City was on the brink of bankruptcy in the 1970s, city parks became marred with broken benches, overflowing trash, and graffiti. A slashed budget made way for vandalism and garbage in the park. The gardeners took part in restoring the public’s faith in the park. “My job was about talking to people, explaining to them, and showing them that that just wasn’t the case anymore.”

The Central Park Conservancy officially took over the upkeep of the park in 1980. Contrary to popular belief, the conservancy is a private nonprofit, not a city agency. Today, it brings in 75 percent of Central Park’s $58.3 million budget.

Like the park, Hernandez has come a long way, too. While working as a full-time gardener, she took night classes at the New York Botanical Garden School of Horticulture. As a part-time student, she received a certificate in horticulture in five years.

Even with years of hard work and sacrifice, Hernandez said she would do it all over again if she had to. “To have a fruitful life, you really need to follow the path that your heart tells you is the path for you,” she said. “No matter how challenging it is, ultimately you will be happy.”

She often treks to the “hidden corners” of the Northern Hills with their panoramic views of the park. She takes pride in a job that brings 843 acres into a spring flowering.

The woman who oversees the blueprint of spring in Central Park is reminded that Mother Nature is ultimately in control. Snow may be around, but spring will come in due time.