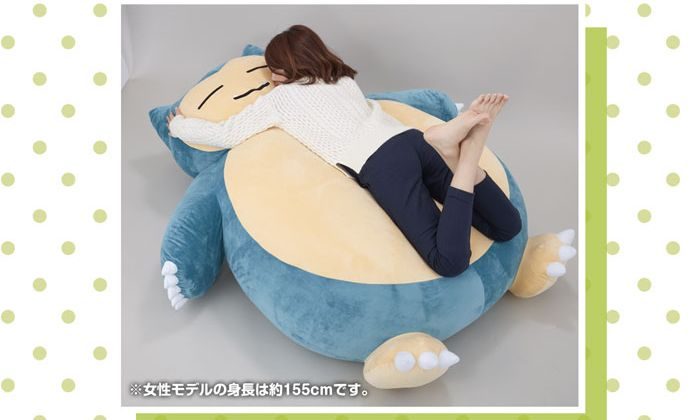 Premium Bandai is selling massive Snorlax cushions for $460, and it’s slightly smaller than the size of a normal person, but bigger than a child. It was described as the “Kabigon Cushion that makes you never want to wake up,” according to Comic Book Resources.