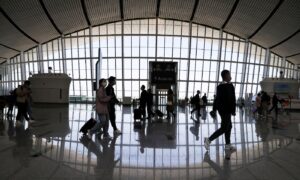 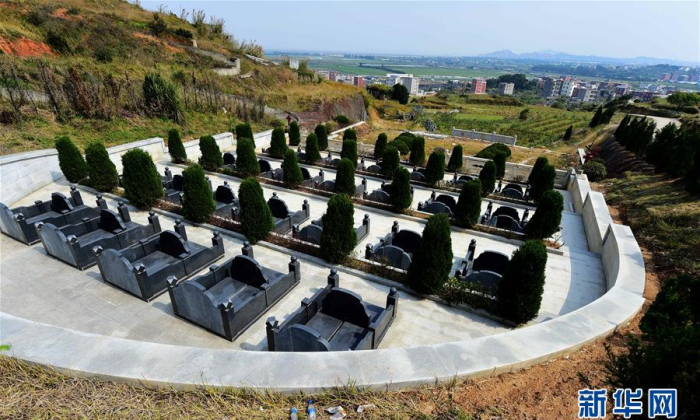 The private burial ground belonging to the Chens in Fujian Province. (via Xinhua)
China

A family in southeastern China likes to plan ahead. With plenty of money to spend, and little regard for China’s laws about grave spaces, they bought up land enough to bury 26 relatives, only three of whom have died since the couple started their project.

Related Coverage
Russian Wedding Rumored to Have Cost $1 Billion, Most Expensive Ever

In China, space in cemeteries is extremely limited for ordinary citizens, and must be rented for decades at a time as the land ultimately belongs to the state. The construction of lavish tombs has thus become something of a status symbol among those with wealth and influence.

In 2010, a couple surnamed Chen—well-known as successful entrepreneurs in Fujian Province—bought a 3,000-square-meter plot from destitute farmers in the village of Chenguang. The variety of tombs constructed there will be sufficient to store the remains of four generations in the Chen family.

Some tombs in the surrounding locales are oval-shaped, turret-like constructions. Some have walls ten feet high and feature marble staircases, with gardens and lawns surrounding them, state media reported.

The Cost of Death in China
Related Coverage

CHINA TRANSLATED: Mafia, Vaccinations, and a Most Unfair Fine

The names and lifespans of the three deceased family members from the Chen family are already marked there in black. The living, too, have their places of eternal rest laid out for them and their names marked in red.

Local regulations forbid the construction of private tombs, but for the Chens and other wealthy families in China, this is empty ordinance.

In 2015 local Fujian authorities and the forestry department dispatched workers to cover up and bury the illegal tombs, including those belonging to the Chens, Xinhua reported. Soon thereafter, however, the Chens and other families simply ordered restoration work done to their burial grounds. Local authorities have not bothered them since.