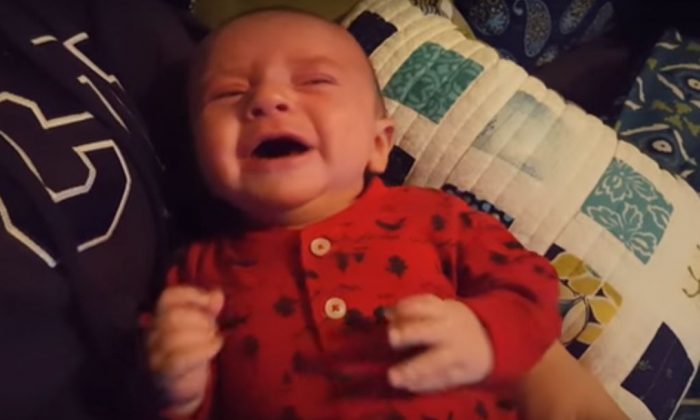 A now-viral video shows an infant who stops crying as soon as he hears “The Imperial March,” the famed “Star Wars” song penned by composer John Williams. Some have quipped the child is a “Stormtrooper in training.”

“The Force Awakens” details that the Empire’s foot soldiers are trained from birth.

“He was screaming one day and nothing I did would calm him down,” the 11-week old child’s father, Micah Hayman, told ABC News. “For some reason I decided to pull up the ‘Imperial March,’ and he stopped crying as soon as it started playing.”

Hayman, who is from Texas, posted the video online this week.

The “Imperial March” made its debut on April 29, 1980, just a few weeks before the opening of the “Empire Strikes Back,” as it was the occasion of Williams’ first concert as the official conductor-in-residence at the Boston Pops Orchestra.

The piece is sometimes referred to as “Darth Vader’s Theme,” as it is often played when Vader appears. It’s also played during Palpatine’s arrival to the Death Star during “Return of the Jedi.”

The piece was not used in the first movie, “Star Wars: A New Hope.”