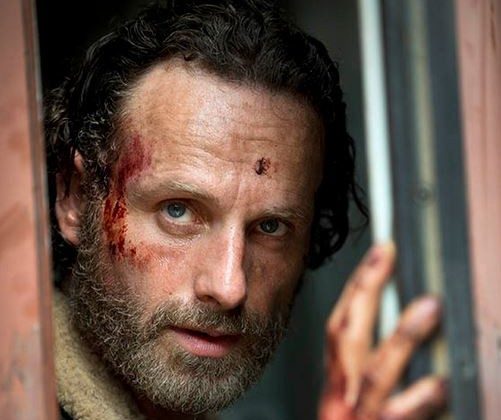 At some point in season 5 of The Walking Dead, some of the characters are in a big hospital, according to leaked set photos.

New information leaked indicates that gunfire and screaming happened at the hospital during filming there.

“Lots of gunfire and yelling at the hospital location,” reported The Spoiling Dead Fans, which leaks info from the set.

A number of leaked photos have shown the location.

A video also captured some of the gunfire.

The Walking Dead: Gunshots during filming at the old Newnan hospital from The Spoiling Dead Fans on Vimeo.

The hospital is surrounded by fences and tents are set up outside of it.

There’s lots of speculation about these photos and what they mean.

Rick and the group could have escaped from Terminus and came upon the hospital, and decided to recover there. If they did escape, it’s very likely that at least one person died and several others were wounded during the escape.

The tents are intriguing because they appear to be army tents. Could some soldiers have formed a base camp at the hospital, and welcome Rick and the group in?

It’s unlikely that any major new characters will be introduced in the first part of season 5 other than the ones we already know about–such as Father Gabriel–so if it’s not Rick and part of the group that makes it there, there’s two other possibilities.

Carol and Tyreese, last seen leaving the home where Lizzie and Mike died, could have come upon the hospital early in season 5. They are not at Terminus and their storyline could easily stay separate for a while. It’s possible that they never go to Terminus.

The hospital could also have something to do with Beth, who has missing in action for a while.