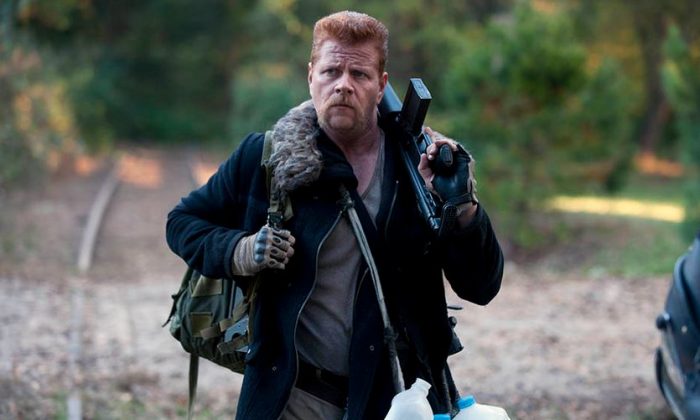 Major spoilers have come out about the episode, which is the second to last this season.

This episode will include four groups–Glenn, Tara, Abraham, Eugene, and Rosita; Rick, Michonne, and Carl; Daryl and the new gang he’s with; and Maggie, Bob, and Sasha.

According to a complete episode play-by-play leaked to spoilthedead.com–which has been reliable with these leaks–there will be no deaths of the main characters this episode, setting up an intense season finale.

There are some key plot points in the episode.

-Glenn and Abraham continue differing in how they should do things. At one point, they reach the dark, cement tunnel seen in one of the promo trailers, and Abraham takes his crew north in a vehicle after giving Glenn and Tara some supplies.

-Glenn and Tara go through the tunnel, trying to sneak past the walkers and fallen rock inside, but Tara gets her leg trapped. Glenn begins shooting but it seems like there’s too many walkers. Luckily, light bursts from the other side and who shows up but … Maggie, Sasha, and Bob–along with Abraham, Tara, and Eugene. The new bigger group decides to continue heading to Terminus.

-Meanwhile, we find out what’s going on in Daryl’s group. The promo trailer that shows Daryl and Len fighting for a rabbit belies a rule in the group. Joe, the leader, explains that the only rule is that when someone claims something as theirs it’s theirs and no one else’s. He ends the disagreement over the rabbit by splitting it in half. He emphasizes that anyone who breaks the rule will get beaten.

-Daryl tells Joe that he’ll be leaving soon as the group arrives at a building where they decide to make shelter. But the next morning, Len wakes Daryl and accuses him of stealing the other half of the rabbit. Daryl denies it, though when he empties his bag the other half of the rabbit tumbles out. Things look bad for Daryl until Joe reveals he watched Len put the rabbit there and knows that Len can’t be trusted. Len is beaten and left at the shop. As the group leaves, it’s seen that Len’s body has an arrow through his head.

-Out on the tracks, Joe tells Daryl that they’re looking for the man who was inside the house who killed his friend Lou, and the man’s group (Rick, Carl, and Michonne). They’ve been tracking them and see that they’re headed to Terminus, so they’re headed there too. They pass by a candy wrapper left by the tracks earlier in the episode by Carl.

-At the end of the the episode, Glenn’s group arrives at what appears to be Terminus. They enter the area and a woman who is barbecuing offers them something to eat.