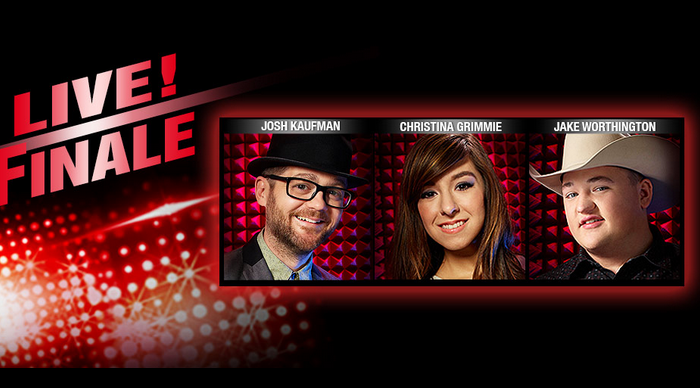 The Voice season 6 finale is coming up as the season wraps up.

The excitement ramped up this week when Christina Grimmie was saved by the public and went to the final with Jake Worthington and Josh Kaufman.

The remaining artists perform in front of Usher, Shakira, Adam, and Blake.

Host Carson Daly will reveal who America has chosen to be the winner of this season.

The Voice has already been renewed for a season 7.

Shakira won’t be back for the season as she has chosen to focus on being a mother and her touring instead.

Usher will also not be back for the next season.

The pair will be replaced by Gwen Stefani and Pharrell Williams.

“This is going to be so fun,” Williams said after the announcement earlier this year.

It’s unclear at this point if Adam and/or Blake will be back. Christina Aguilera is also in the mix after taking the season off, while Cee Le Green said that he won’t be returning to the show ever again.