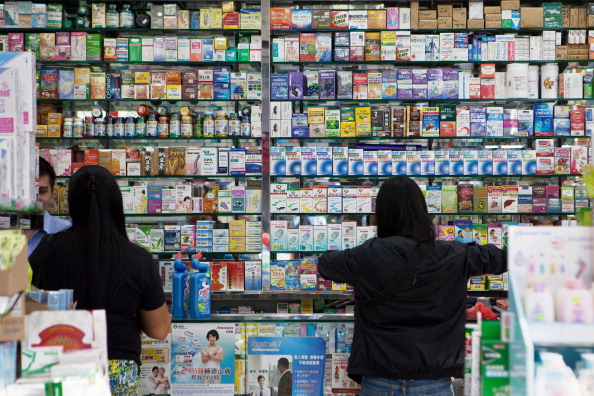 Customers buy goods in an independent pharmacy in Hong Kong on Nov. 18, 2013. Ninety percent of all prescription drugs in China are overpriced, according to a Party official. (Anthony Wallace/AFP/Getty Images)
China

The ‘Trickle-Down’ Effect of Corruption in China’s Medical Industry

Going to the hospital in China is often a distressing affair. Despite efforts by government regulators, ordinary Chinese have been paying ever greater sums for prescription drugs, a phenomenon brought about by widespread, multi-faceted corruption in the medical system.

According to Wei, there “wouldn’t be a problem” if drug costs were lowered by half or more.

Zhang Fuwei, deputy director of a hospital in Guangxi, said that kickbacks in pharmaceutical companies contributed to the high prices in medicine. The higher the price of a product, the more kickback.

Some new drugs, though are less effective, might be used in the hospital because they offer expensive kickbacks.
— Dr. Yang, China Academy of Chinese Medical Sciences

For a medical product to make its way through the myriad Chinese government regulatory agencies, corruption in the form of kickbacks is difficult to avoid, as described by Chinese media Legal Daily in 2010. After approval by the China Food and Drug Administration, the National Development and Reform Commission, and the Pricing Bureau, the product still has to pass through local health care agencies before doctors can prescribe it.

In this system, every step the product makes presents an opportunity for regulatory staff to accept illicit payment, in exchange for which they will ensure that the drug is placed on the market. This results in a vastly higher-than-normal shelf price for the consumer, termed by the Legal Daily report as a “corruption fee.”

While members of China’s relatively affluent middle class may be able to brush off “added fees” with some annoyance, the unwarrantedly exorbitant prices can be a matter of life or death for those among China’s impoverished.

In a 2013 incident that took place in Guangxi Province, an 84-year-old man surnamed Wei, unable to afford medical care, died when he attempted to perform surgery on himself using a fruit knife, as reported by Xinhua.

This February, a total of 123 medical personnel were involved in a kickback scandal in Anhui Province. The probe investigated 108 cases of doctors over-prescribing drugs in order to receive payoffs from drug companies.

According to Wei Feiyan, the Chinese government’s National Development and Reform Commission attempted on 30 occasions to drive down the price of the drugs within the past decade. Prices kept climbing despite these efforts, Wei said.

“There are many drugs that are both cheap and effective. However, these drugs are not used in the hospital because they fail to provide the necessary kickbacks,” said Dr. Yang, of the China Academy of Chinese Medical Sciences, in an interview with New York-based New Tang Dynasty Television.

“Some new drugs, though are less effective, might be used in the hospital because they offer expensive kickbacks,” Yang said.

When patients tried to seek out cheaper alternatives to the drugs prescribed by the hospitals, they were similarly handcuffed—pharmacies removed from the shelves drugs which prices had been cut by the National Development and Reform Commission, the state-run Lanzhou Daily reported in February 2013.