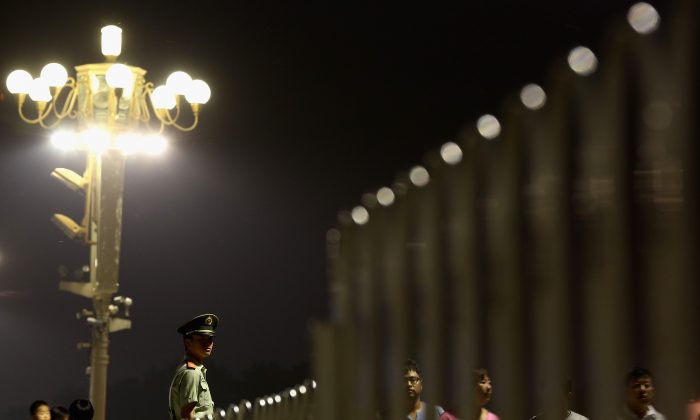 The Tanks of Tiananmen Crushed Idealism, Too

The Chinese Communist Party suppressed the protests of a generation 24 years ago on Tiananmen Square, but in doing so, the Party also suppressed the idealism those students were ready to give so generously to their country.

The students stood in Tiananmen Square, singing the songs of the Communist Party they earnestly hoped to reform. These Party-loyal activists, students mostly, didn’t imagine the tanks would roll in. On June 4, they learned the lesson their parents were afraid to tell them: their great Party was a killing machine.

Twenty-four years later the seeds of dissent that began that summer have begun to sprout anew, and the Chinese Communist Party no longer has the fervent adoration of the young, many of whom went abroad and became hard-line anti-communists.

Like author and journalist Sheng Xue, who moved from Beijing to Canada soon after the massacre and has won multiple national journalism awards for her work in her adopted country.

Sheng says she never really believed in the ruling Chinese Communist Party but most of those who gathered on Tiananmen Square 24 years ago Tuesday certainly did.

“Most of those Chinese students really wanted to help the Chinese government to have more progress,” she explained. “They wished China to be better and have less corruption and they wanted to show their loyalty to the country.”

The protest began as a public demonstration of mourning on April 16, marking the death the day before of former Chinese leader Hu Yaobang. That reform-minded, pro-democracy leader had been purged from the Party for his democratic tendencies two years prior and his death became a rallying point for students who wanted a better China.

Zhao, too, was purged from the Party directly after the Tiananmen crackdown and spent the rest of his life under house arrest for his democratic ideals and sympathy for the Tiananmen Square protesters.

Many of the students gathered in Tiananmen from mid-April to June 4 could be heard singing propaganda songs extolling the virtues of the Party. When three students threw paint-filled eggs at the portrait of Chairman Mao hanging in Tiananmen Square, other students turned them in to the authorities where they were handed sentences from nine years to life in prison.

Related discussion: Would you pass up millions of dollars in support of human rights?

The students saw themselves as patriotic protesters, recalls Xu Youyu, a professor and researcher at the Chinese Academy of Social Sciences whose recent speech on the topic delivered in Beijing was translated and posted on the website of the China Digital Times.

Xu says the regime had branded itself Party loyal to the people yet revolutionary and the students believed their actions would be welcomed. With many of the protesters having only been born during the Cultural Revolution and information about the regime’s past atrocities being sharply censored, few knew what the Party was capable of.

“I remember clearly going to Tiananmen Square in May of 1989 and trying to persuade the [. . .] students who were meditating there in protest to go back to school,” said Xu in his speech.

“I said the troops were about to enter the city, and the suppression was about to start. Two doctoral students said without a second thought, ‘Why would the people’s army suppress us?’ The students’ naiveté and earnestness make me sigh even today.”

Few imagined what was to come.

One evening of June 3 the assault began, not with rubber bullets and tear gas, but with troops armed with machine guns and bayonets and armored personnel carriers that fired indiscriminately ahead and around themselves. In the bloody night and day ahead, anywhere from 300 to 7,000 were killed, some of them soldiers, the vast majority of them students. The Chinese Red Cross put the number at 2,600 on the morning of June 4.

“It was a military operation,” said retired U.S. military colonel Larry Wortzel, who was in Beijing at the time and witnessed the attacks and spoke recently at a forum in Washington, D.C. He described the scene in his 2005 book Chinese Decision Making Under Stress, published by the U.S. Army War College Strategic Studies Institute.

“There were phase lines. The levels of force that were to be used at different phases of the operation were to be dictated.”

Unarmed students fleeing the square were not allowed to escape. Many were chased down, some run over by tanks.

In a matter of hours, the tens-of-thousands-strong democracy movement had been crushed, but along with it was many students’ faith in the Party to reform itself.

Today, says Sheng, the Party is sustained by those who’ve benefited the most from economic reforms.

Rather than idealism, Sheng says Chinese today follow the Party under a social contract: a better standard of living for continued support.

Those naive protesters of 1989 have been replaced by a generation looking out for No. 1 and an older generation that bears the scars of too many injustices. A massive Chinese diaspora has also seen life abroad and knows what a society without communism feels like.

“So many, many more people have started to criticize the Chinese government because they know it is a shame to China, a shame to the Chinese people, to have a dictatorship into the 21st century,” says Sheng.

“Most have had the experience of unfairness, so more and more people think ‘Why is that, why do we have to live like this?’”

Gary Feuerberg in Washington, D.C., contributed to this report.