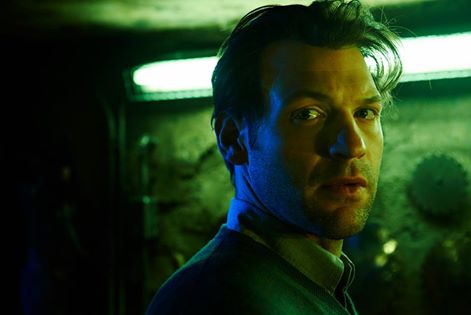 The Strain TV show is looking pretty good for renewal.

Only two episodes have aired so far but both have gotten great viewer figures and ratings.

The premiere had nearly 3 million viewers in its premiere telecast, but was boosted to 4.7 million with DVR, reported The Hollywood Reporter. And encores almost doubled that figure.

And the network got 2.43 million in the coveted 18-49 age bracket, making it the best demo premiere on cable this year.

“For a show to come out of the gate like this in the most crowded environment in TV history is just amazing,” said FX Networks and FX Productions CEO John Landgraf.

“It’s always gratifying when a show comes together from a creative, production and marketing standpoint. Working with Guillermo [Del Toro] and Carlton [Cuse] to bring the unique vision of Guillermo and Chuck’s books to the screen has been a thrill.”

While FX hasn’t announced a renewal yet, Del Toro and Cuse are already planning a season 2.

Del Toro told Deadline in 2012 that he envisions the show going for three, four, or five seasons. He confirmed earlier this month that season 2 plans are underway with Cuse.

Meanwhile, FX has released the official descriptions for the upcoming episodes.

Episode 3, airing on July 27, will see Eph and Nora fight to save Captain Redfern’s life before coming face-to-face with the horrifying effects of the virus.

“A spike in rat attacks signals Fet that something inexplicable is happening deep below the city. Released from jail, Setrakian begins his own merciless plan to stop the spread of the disease,” the description also says.

Episode 4, “It’s Not for Everyone,” will include a secret autopsy demonstrating the bizarre progression of the mystery virus, prompting Jim to make a startling confession.

“Eph and Nora race to find the father of the youngest victim of the plane tragedy, but someone unexpected beats them to it. Ansel, in the grip of disease, takes desperate measures to protect his family,” the description also says.

Season 1 has 13 episodes. They are scheduled to run without a break through the season finale on October 12.