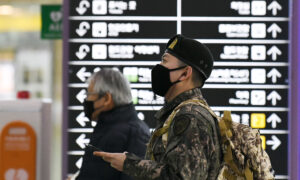 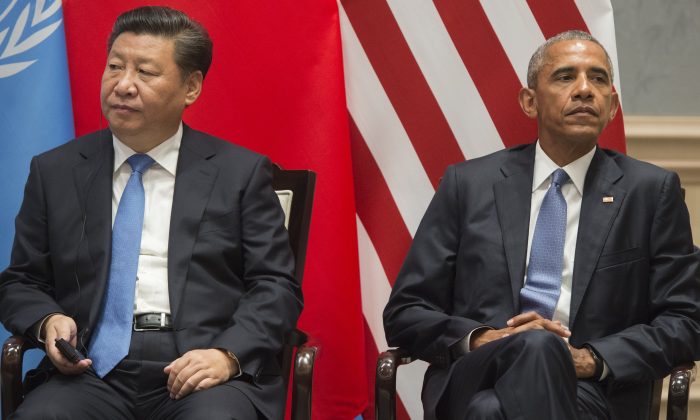 The Silent War Against America’s Image

War is often mistaken for simply the troop-on-troop combat we see in movies. In reality, warfare is an all-encompassing system that targets not just the bodies of an enemy’s soldiers, but also the minds of its citizens, the decision-making systems of its politicians, and every piece of infrastructure that allows a rival’s society to function.

U.S. adversaries are currently using tactics to degrade the image of the United States, and to push it from the leadership position it once held on the global stage. There were several key examples of this in the past week, alone.

The Washington Post reported on Sept. 5 that U.S. intelligence and law enforcement agencies are investigating what may be “a broad covert Russian operation in the United States to sow public distrust in the upcoming presidential election and in U.S. political institutions.”

While the Post notes there is no solid proof that Russia is trying to disrupt U.S. elections, it quoted a U.S. intelligence official as saying that “even the hint of something impacting the security of our election system would be of significant concern.”

The Wall Street Journal published a story on Sept. 6 about President Barack Obama’s being snubbed by the Chinese regime on the tarmac at the recent G-20 meetings. No red-carpeted stairwell was rolled out by the Chinese to Obama’s plane, and he had to exit through little-used stairs in the plane’s rear.

The Journal stated, “Small insults, minor aggressions: Behind the big set pieces of diplomacy, this is how China has sought to undermine the U.S. superpower and emphasize its own growing stature.” The Journal added that when it comes to the U.S. grand strategy in the Asia-Pacific region, “All China has to do is sow doubt in the minds of America’s partners about U.S. support, and the strategy starts to unravel.”

The U.S. Naval Institute News reported on Sept. 6  that Iranian boats are frequently harassing U.S. Navy ships in the Persian Gulf. This harassment comes on the heels of recent news that in January Obama paid Iran $400 million to settle a decades-old arbitration claim, which was followed by Iran releasing U.S. prisoners the same day the money was received. The harassment also follows an incident in February when Iran captured a group of American sailors and released videos of one of them crying.

All of these incidents tie in to a larger strategy that has been at play for decades, but is now playing out more visibly than ever before. It relates to what is known as “political warfare,” and it is part of a broader system used by each of these nations to reach military goals while avoiding direct conflict.

On Sept. 26, 2014, U.S. Army Special Operations Command issued a white paper stating that “Russia, China, and Iran currently conduct political warfare activities to further their individual goals.” It also noted that the United States largely ended political warfare operations at the end of the Cold War, but proposed that the United States should now counter these practices.

The paper includes a quote from George Kennan, the head of the U.S. State Department Policy Planning Staff in 1948, stating “In broadest definition, political warfare is the employment of all the means at a nation’s command, short of war, to achieve its national objectives.” He said the methods include overt actions, such as political alliances, economic measures, and “white” propaganda, and covert options including “black” psychological warfare “and even encouragement of underground resistance in hostile states.”

These strategies aren’t just being pulled off on the fly, either. They are well thought-out, well organized, and targeted to reach key goals.

In China, for example, the Chinese Communist Party has a full branch of its military dedicated to political warfare, known as the General Political Department. According to a report on this department from the Project 2049 Institute, a Washington-based think tank, the Chinese military relies on political warfare “as a means to shape and define the discourse of international relations.” It also notes that many other organizations within the Chinese regime engage in political warfare.

Many authoritarian countries have carefully crafted systems specifically to counter these types of operations.

In Russia and the former Soviet Bloc, for example, there are glasnost operations to manufacture lies and alter global perceptions in favor of their leaders. The use of glasnost dates back to Czarist Russia, but was employed heavily by leaders throughout the Soviet Union.

Lt. Gen. Ion Mihai Pacepa, the highest-ranking Soviet intelligence officer who ever defected to the West, detailed the use of glasnost operations in his book, “Disinformation.” He wrote that in the mid-1930s, glasnost was defined as “a spin on news released to the public” and was part of the broader system of disinformation used specifically to “sanctify the country’s leader.” He explains that “for communists, only the leader counted,” and notes their thinking that a nation’s image is often based on the image of its leader.