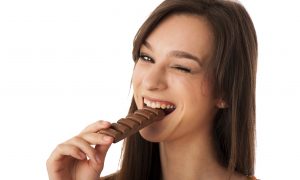 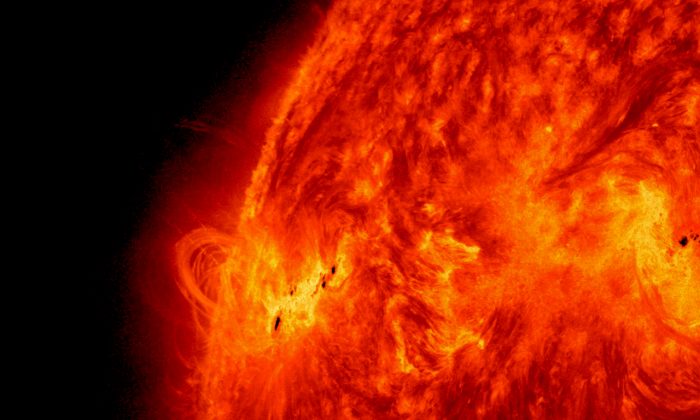 The most extreme weather of all rarely gets a mention, even in the UK where we’re famous for our weather talk. Far above our heads the Earth is regularly hit by colossal, tsunami-like waves of scorching gas and savage, supersonic winds from space.

The culprit for this extra-terrestrial weather is sat at the centre of our solar system. The familiar pictures of our Sun that portray a plain, incandescent orb, serenely holding the planets in place, couldn’t be further from the truth. The Sun is a rowdy place.

One of the most spectacular forms of space weather are Coronal Mass Ejections, where the Sun sporadically throws out billions of tonnes of hot gas and magnetic field into space.

The Sun also generates its own wind, which ranges from “breezes” to “hurricanes”. It’s all on a much bigger scale though – even average solar winds are much more ferocious than anything we could ever experience, with speeds varying between a gentle 500,000 miles per hour to a gusty 2,000,000 mph.

These winds carry with them a part of the Sun’s atmosphere, a million-℃ gas composed of highly energetic electrons, protons and alpha particles. The winds are accelerated along the sun’s outstretched, tentacle-like magnetic field, which originates deep under its surface and extends out past Earth to the edges of the solar system.

Being able to forecast the solar wind has its problems though. For example, we know they predominantly originate in darker, less dense patches of the Sun’s atmosphere known as coronal holes, however we are still unable to locate the other significant sources that must contribute to the wind. More importantly, we don’t have a clear explanation of how the winds are heated and accelerated.

Blowin’ in The Wind

My colleagues and I were interested in the processes underlying these tempestuous winds. In a study published in the journal Nature Communications, we investigate powerful magnetic waves, known as Alfvén waves, located in the regions where the solar wind originates. These waves cause the Sun’s magnetic field to violently sway back and forth at tens of thousands of miles per hour, transporting energy around the star’s atmosphere and out into space.

It is this role as a magnetic energy carrier that means the Alfvén waves are often responsible for accelerating the solar wind to such monstrous speeds. We found that some of the necessary conditions exist for the waves to break down their energy to smaller scales and supply some of it to the wind (potentially via the interactions of the waves with particles) – something predicted for a couple of decades but never observed. Future studies of Alfvén waves should reveal how much energy they feed to the solar wind and may even allow us to forecast wind speeds.

Why You Should Care

“Space weather forecasts” may seem like one for the future but such reports are already used by a host of agencies. The UK’s National Grid, for instance, relies upon daily updates to avoid overloads of the electrical grid due to resulting geomagnetic storms (an extreme case in 1989 cut off power for six million people in Quebec).

We don’t often encounter the consequences of space weather in our day-to-day lives, but as society becomes increasingly dependent on technology it will surely be felt more keenly. Recent reports have demonstrated how wide-ranging this can be, for example, disrupting radio communications, damaging satellites and causing increased radiation levels on commercial flights. The UK government is concerned enough that space weather was added to the National Risk Register and, in late 2014, it set up the Met Office Space Weather Operations Centre to monitor it and provide an assessment of the risks.

Looking forward, if we are to regularly engage in space tourism, asteroid mining or manned trips to other worlds, then travellers and technology will be exposed to the elements once they leave the safety of Earth’s protective magnetic field. While space weather may be hazardous, there are some suggestions we can exploit the solar wind to power spacecraft using magnetic or electric sails or even harvest some of its energy using a so called Dyson-Harrop satellite.

Our findings are an example of one of the many advances being made in understanding the origins of space weather, although much more is needed to bring our predictive abilities in line with those of our meteorological friends. Space weather forecasters will also need to continue popularising the lexicon of extra-terrestrial weather and raising awareness of its impact here on Earth. Then, maybe one day, people will tune in to the morning’s space weather report to see whether they should take that trip to Mars.