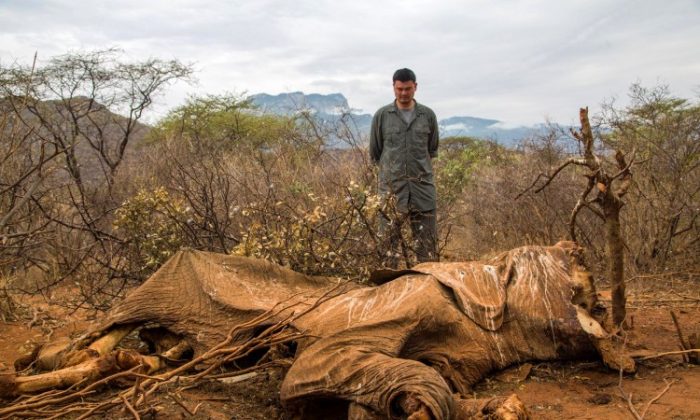 The Rise of Wildlife Trafficking

WASHINGTON—Global trafficking of elephant and rhino horns has reached a frenzied pitch. Dec. 4 marked the first World Wildlife Conservation Day, but the situation for some species is dire.

Rhino poaching has increased 3,000 percent since 2008. Wildlife museums that have had specimens for decades now find elephant tusks and rhino horns missing and must post extra security.

The black market economy is driving increased activity, with ivory selling for around $1,000 per pound and rhino horns, used in Chinese medicine, selling for up to $30,000 per pound, according to the U.S. State Department.

“Wildlife slaughter and trafficking is escalating in scale and sophistication,” said U.S. Under Secretary for Economic Growth, Energy, and the Environment Robert Hormats in a speech at the National Geographic headquarters in Washington, D.C., in November.

“It is more organized, more lucrative, and more dangerous than ever before.”

Crawford Allan is director of TRAFFIC North America, a wildlife trade-monitoring program, which is run jointly by World Wildlife Fund (WWF) and the World Conservation Union.

“[In 2011,] we saw the highest volume of illegal ivory seized in the illegal trade since our records began in 1989,” he said.

Last year more than 23 metric tons of ivory was seized from poachers and tens of thousands of elephants were slaughtered Allan said.

“We are expecting it to be even higher this year,” Allan said. He predicts that poachers will kill more than 600 rhinos by the end of the year.

Wildlife trafficking threatens wild animals and plant species worldwide. Everything from birds and animals to sea life and plants are traded, in what has become big business around the world, including in the United States.

“By some estimates, the black market for wildlife trafficking is rivaled in size only by the illegal arms and drug trade,” U.S. Secretary of State Hillary Clinton said in a landmark address on the issue on Nov. 8.

A rising middle class in countries such as China and Vietnam has increased demand, while in Africa, poverty, corruption, and the promise of big bucks is driving supply. Poachers are becoming more brazen and more destructive.

In January, a gang of raiders raced across the border from Chad into Cameroon’s Bouba Ndjidah National Park on horseback. Using AK47s and rocket-propelled grenades, they used their military training to kill hundreds of elephants—an animal slaughter among the worst ever seen.

Bryan Christy reported on the scene for National Geographic. Viewing the aftermath from the air, Christy wrote, “The scattered bodies present a senseless crime scene—you can see which animals fled, which mothers tried to protect their young, how one terrified herd of 50 went down together.”

From mass slaughter in Africa to museum theft in the United Kingdom, traffickers seek the lucrative horns and tusks.

One man was caught last week trying to steal a rhino head from a London Museum, ITV reported. According to The Daily Mail, the New Walk Museum in Britain’s Leicester is still trying to track down thieves who stole rhino horns from a secure storage area.

It is not only the well-being of animals at stake in wildlife trafficking, but also human health and safety.

“Smuggling of wildlife across international borders bypasses quarantine and other health regulations, which risks the spread of infectious diseases such as Ebola, SARS, monkey pox, and others,” he said in a statement.

The U.S. State Department has linked wildlife trafficking to other criminal activities, rolling out a campaign this week to raise awareness of the issue and releasing a fact sheet that lists global and domestic initiatives to combat the trade.

“Trafficking relies on porous borders, corrupt officials, and strong networks of organized crime, all of which undermine our mutual security,” said Clinton.

In an initiative widely supported by wildlife preservation groups, the U.S. State Department launched a pledge on World Conservation Day calling on the broader community to be informed, inform others, hold governments accountable and to avoid buying products whose production may have endangered wild life.

“The world’s wildlife, both on land and in our waters, is such a precious resource, but it is also a limited one,” said Clinton. “Those who profit from it illegally are not just undermining our borders and our economies; they are truly stealing it from the next generation.”