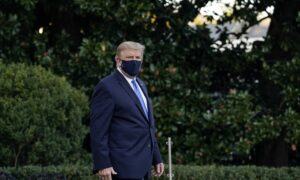 Why Trump Contracting COVID-19 Will Reelect Him
0 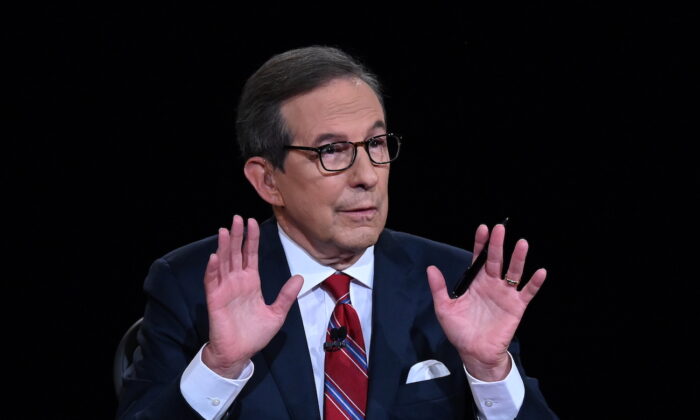 It’s an open question whether the Commission on Presidential Debates should be abolished altogether or completely reconstituted, but it’s clear now that the current members should resign immediately.

They were about as even-handed in their choice of moderators as The New York Times was in its coverage of Trump–Russia “collusion”—in other words, utterly biased.

When I last wrote on the subject, at that point advocating Lincoln-Douglas-style debates, thus eliminating the intrusion of the moderator, I didn’t know the extent of it.

Now it turns out CSPAN’s Steve Scully—the would-be moderator of the third debate—allegedly was tweeting notorious Trump enemy Anthony “The Mooch” Scaramucci, of all people, for advice on how to question the president. (Why not Michael Avenatti?)

Scully, not surprisingly, denies this and says he “believes” he was hacked, which is possible, but so what?

The man got his start in the political world as an intern for Joe Biden, again of all people. Then, Scully worked in the media department of Sen. Ted Kennedy. Unbiased?

Next, you’d think he flacked for Nancy Pelosi!

Oh, wait, that was No. 2 moderator Susan Page, who is currently working on a hagiography (excuse me, biography) of House Speaker Pelosi. How did that pass muster with the Debate Commission? Or was it considered an asset?

Worst of all, in a less obvious way, was initial moderator Chris Wallace, who hides his bias under the Fox label but isn’t in the slightest conservative or even neutral.

In fact, he pulled out some of the most discredited liberal canards of all of the “When did you stop beating your wife?” nature in order to “get Trump.”

One of the more obvious ones, harkening back to Charlottesville, Virginia, was asking the president, for the umpteenth time, to repudiate “white supremacy,” when, as Wallace had to be aware, the full, not cherry-picked, text of Trump’s Charlottesville remarks had the president clearly disavowing such supremacists, including David Duke and the Ku Klux Klan, as he had many times before and since.

Meanwhile, did Wallace ask Joe Biden about his friendship with the late U.S. Sen. Robert Byrd, who was an actual, documented recruiter for the Klan? Not a chance. Nor did he say a word about Biden’s serial plagiarisms, something that should be anathema to all journalists and writers and relates directly to the intellectual property battle with China.

This is yet another indication of the increasingly schizophrenic behavior of Fox News—new (inherited) Fox Corp. Executive Chairman Lachlan Murdoch not-so-secretly wishing to turn the network into another MSNBC, even as its by far most popular commentators, Tucker Carlson, Laura Ingraham, and Sean Hannity, tilt staunchly right.

But before I get back to the wretched commission, I have to wonder what was going on at the GOP that allowed the selection of these moderators in the first place?

I have no knowledge, but it certainly was sloppy, to put it mildly. But perhaps they had no choice, given the makeup of this commission and its unfortunate unilateral power over the debates.

Still … one of Trump’s flaws is his belief that he can “turn” any adversary by force of personality. This may have worked in real estate, and even in international affairs it has had some limited success, but against driven political adversaries willing to go to any lengths for power, including concocting such monstrosities as the Steele dossier, it’s of questionable utility.

Compared to the dossier, the Commission on Presidential Debates seems like small beer indeed, but its real capability to upend Trump may prove to be considerably stronger, especially now that they are using COVID-19 to dictate terms.

The commission is, in essence, a pure deep state phenomenon and must be terminated for the sake of democracy. It’s too late now for horrible 2020, but if Trump wins, he should address it for the future.

The Commission should be abolished. If not “Lincoln-Douglas” debates, something approximating them should be instituted instead that doesn’t rely on third parties to adjudicate the discussion. They won’t be neutral. No one is.

Roger L. Simon is an award-winning author, Oscar-nominated screenwriter, co-founder of PJMedia, and now, columnist for The Epoch Times. Find him on Parler and Twitter @rogerlsimon. Buy (and enjoy) his books on Amazon.