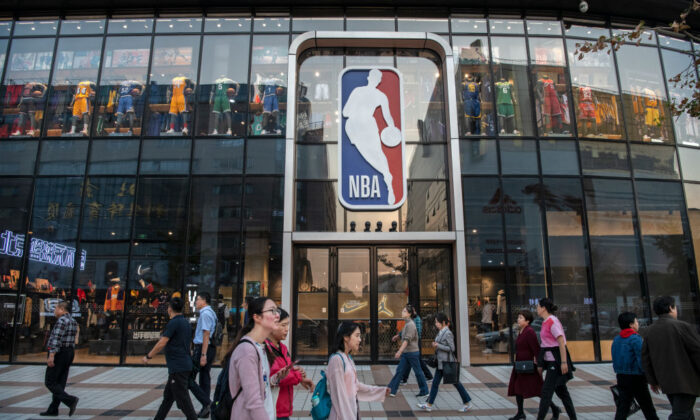 The NBA, Apple, Hollywood, and the Great Proletarian Sneaker Revolution

When asked for his response to the uproar surrounding Houston Rockets General Manager Daryl Morey having written on Twitter his support for the Hong Kong democracy demonstrators, NBA superstar Steph Curry opined: “This situation, there’s a huge weight and gravity to it. There’s going to need to be some things to be sorted out. But I just don’t know enough about Chinese history and how that’s influenced modern society …”

No surprise there. Given the state of the U.S. educational system, few know much about our own history, let alone Chinese. There’s a lot to digest, but it might behoove Curry to learn about two events, both occurring after World War II—the Great Leap Forward and the Great Proletarian Cultural Revolution.  These two periods, barely 15 years in total, resulted in the deaths of as many as 50 million Chinese citizens, although estimates vary—in any case, it was more than the population of the entire U.S. West Coast.

The perpetrator of this by-far-greatest carnage of all time—Chairman Mao Zedong—is still venerated almost everywhere in China, his face on the currency, his giant tomb—the Mausoleum—dominating Tiananmen Square where, but 30 years ago, another round of democracy demonstrators were massacred.

Steph Curry was only 1 year old at the time, so I guess we can’t expect him to remember. Besides, there’s money to be made, sneakers to be sold, not to mention T-shirts, shorts, jackets, and so on, endorsed by him and other NBA stars. China’s population is more than 1.4 billion—that’s a lot of feet, even discounting the hundreds of thousands of Uyghurs held in re-education camps who doubtless aren’t clad in the latest Nikes. Anyway, those poor minority suckers (Uyghurs? Doesn’t ring a bell. Colin Kaepernick never mentioned them) wouldn’t put a dent in Curry’s $42 million per annum endorsement contracts.

So what to do when you’re making a gazillion off others’ oppression, millions of others, in fact?  “’Tis … a puzzlement!” as Yul Brynner once sang in “The King and I.”

And this “puzzlement” extends much further than a bunch of pro-ball players or even weak sports executives like the NBA’s Adam Silver, but into the most important corporate boardrooms in our country.

The supposedly “liberal” lions of Silicon Valley have seemingly been the most eager to step up to the lucrative plate offered by the communist regime. Google, formerly of “First Do No Harm” fame, once putatively offered their services in constructing a censored search engine for the Chinese before public humiliation stopped them.

But now Apple has gone front and center in the cowardly techno-hypocrite sweepstakes, most recently pulling an app from their App Store that shared the location of pro-democracy protests in Hong Kong.

And of course Hollywood isn’t exempt. Would Disney forego Disneyland Beijing? Don’t look for the Mouse to be making any hard-hitting films remotely critical of the Chinese regime or their history as they do with impunity about our own country.

Leading U.S. corporations have essentially put the First Amendment up for sale to China with the NBA being only an obvious very public example.

The original rationale for all this was that if we traded with China, if we ignored their totalitarian activities and essentially kowtowed to them, the market would work and they would eventually bend to be like us. Unfortunately, it’s gone the other way. We’ve bent to be like them. The Bill of Rights no longer matters as long as you pay your bills.

They’re the Marxists but we’re the Groucho Marxists. In the classic comedy “Duck Soup,” Groucho (President Rufus T. Firefly of Freedonia) explains his governing policy: “Those are my principles, and if you don’t like them … well, I have others.”

Groucho was, of course, joking, but the NBA, Silicon Valley, and Hollywood (and many other U.S. corporations, known and unknown) unfortunately aren’t.