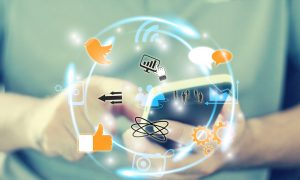 This Is Why Some Urban Legends Go Viral
0
archaeology

The Monster of Bedburg: A Werewolf?

In 1589, in a small town in Germany not too far from Cologne terrible things were happening. It started with cattle mutilations, and the locals feared a vicious predator was on the prowl. A wolf was the first suspect. Then children began disappearing, and it was presumed a pack of wolves was wreaking havoc on the countryside. Then adults were disappearing, and worse … some of them were found, mostly unrecognizable to anyone but close family. That was when whispers began circulating as to the true identity of the creature tormenting the good townsfolk of Bedburg: a werewolf!

Of course, no one wanted to believe it, it was simply too terrifying a possibility. The chance that one of their friends or neighbors or, goodness forbid, one of their loved ones could be the creature destroying innocent lives was too difficult to bear. The entire community was on guard.

Then one fateful night, a group of men found and cornered the guilty predator after hunting the creature for several days. As they prepared to end the terror that had beset their people for far too long, they moved in to destroy the wolf.  But what they saw defied logic. The story goes that they had stalked a wolf, but when brought into the light, they found they had captured a man. And not just any man. It was a man they had seen walking the streets, smiling and waving and bestowing good wishes upon the very families he had destroyed. It was the rich farmer, Peter Stubbe (the spelling of his name varies).

He was liked, respected, and his opinions carried weight, but not because of his kind nature or his civility or how he treated those around him. No, it was only because those things are always afforded to those from affluent backgrounds.

In the days that followed, Stubbe would recount tales of murder, cannibalism, witchcraft, Satanism, and incest. He admitted to devouring lambs and calves raw and impregnating his own daughter. He admitted to killing his own son and then consuming his brain. Stubbe reportedly claimed that, through his dealings with the Devil, he was given a belt that transformed him into a wolf so that he might give into his insatiable thirst for carnality and bloodlust without fear of detection. His awful crimes included the killing of thirteen children, two pregnant women, and innumerable cattle.

To the people of Bedburg, this was precisely the proof they needed to back up the authorities’ story about Stubbe’s secret double life as a werewolf. But were any of the things he confessed to actually true? There were reports that Stubbe only confessed due to pain of torture. He may have been a serial murderer and perhaps he really did commit all the crimes to which he confessed. Although he may have been coerced into the cattle mutilations confessions just to add to the mystique of the charges, those incidents may have actually been perpetrated by wolves. But a werewolf?

In any case, Peter Stubbe was convicted on Oct. 28 and sentenced to be broken upon the wheel, dismembered, and then beheaded. On Halloween, his body—along with the bodies of his wife and sister, who were convicted of simply not turning him in when they learned what he was—was burned and his head was placed on a stake as a warning to others who might try to follow in his footsteps as a follower of the Devil.

Was Peter Stubbe actually in league with the Devil or was the depth of his depravity simply too much for the authorities of Bedburg to bear? Were they simply ill-equipped or too stuck in the grip of religious fervor realize or accept that Peter Stubbe was in reality nothing more than a man with a severe mental disturbance who may have even believed the things he claimed?

Here is an account of the story written in 1590, titled “The Damnable Life and Death of Stubbe Peeter.”

This article was republished with permission from the Paranormal Association. Read the original.