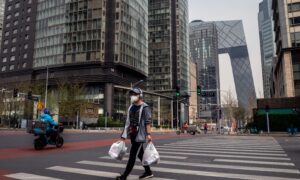 Book Review: ‘The Myth of Chinese Capitalism: The Worker, the Factory, and the Future of the World’
0 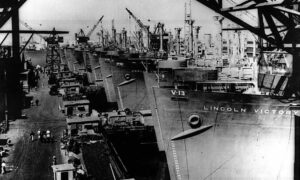 Can We Use ‘Social Distancing’ to Defeat the Chinese Communist Party?
0

China’s Disinformation Campaign Must Convince the World—and Itself
0 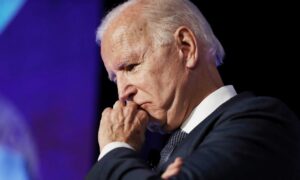 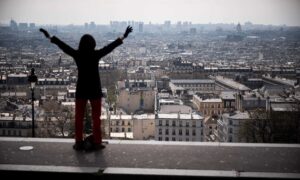 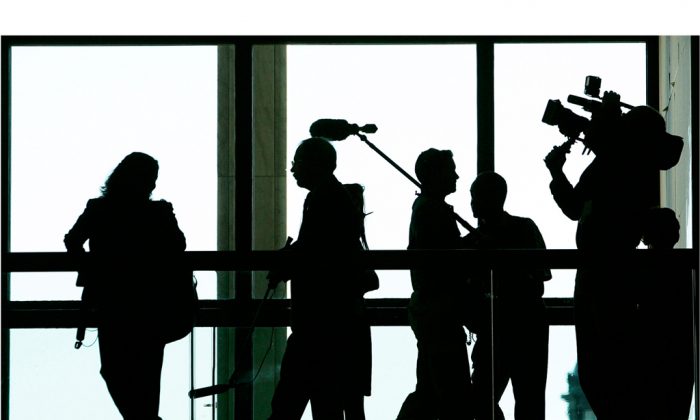 Members of the media stand in a hallway on Capitol Hill on Oct. 17, 2005. (Alex Wong/Getty Images)
Opinion

The Media’s Responsibility to Our Democracy

Politicians spend a good bit of their time complaining about the media. But why should they have all the fun?

I’m going to join in, though I tend to get upset about different things than most sitting politicians do. You see, I don’t actually mind when journalists—whether in print, on television, or online—treat what politicians say with skepticism. That means they’re doing their jobs.

But this doesn’t happen nearly as much these days as it should. The media today is less objective, more ideological, and much showier than it once was. What you see can be eye-catching—both the graphics and the personalities—but it is also brash and relentlessly self-promoting. A lot of journalists don’t just want to report the news; they want to be players and affect policy. They see politics as a blood sport, often exaggerating the differences among players.

The democratic process is about bridging differences.

As one observer said, the media is drawn to “superficiality, sensationalism, scandal, and sleaze.” They’re all too happy to seize on small points of contention and fan them into major points of discord. They make building a consensus—the key task of the democratic process—much harder.

The field has been moving in this direction over decades, and there’s a reason for it: All these changes have been well received by the public. They draw viewers, readers, and clicks. And they’ve encouraged consumers to pay attention only to the sources that reflect and broadcast their own viewpoint.

I don’t want to be a fogy here. Yes, I grew up in the days of Edward R. Murrow and Walter Cronkite, and I still think they were solid journalists, but what I miss is not the voice-of-authority-from-on-high that’s so often associated with them. Instead, what I too often find lacking now is the spirit that drove the profession in those days. I think the news media had a sense of responsibility to make representative democracy function. Journalists imbued their work with a palpable sense that they were involved in a public service.

There are still really excellent journalists out there who are doing their best to serve both their profession and the country. Every day they struggle to make sense of enormously complex events. What they understand—and what I wish more of their colleagues believed—is that democracy demands journalism that improves its workings. Properly done, journalism can bridge differences, help consensus emerge, improve the knowledge and judgment of voters, and sharpen the performance of public officials and government as a whole.

Properly done, journalism can help consensus emerge, improve the knowledge and judgment of voters, and sharpen the performance of public officials and government as a whole.

In the end, the democratic process is about overcoming disagreement. This is virtually impossible without a solid base of information and analysis.

Governing well is immensely difficult, and good journalism can keep government open and honest—which serves not just the voters, but politicians who are trying to resolve the problems facing the country. Journalists can and should be watchdogs, keeping a watchful eye on politicians—what they do, what they say … and what they don’t do or say. They should serve not just the elites, but the underdogs and have-nots in society.

Beyond Transparency, We Need Accountability
Before You Reject the System, Understand It

The independence of our press was hard to win, and it’s vital that we sustain it. People must have sources they can rely on in order to make our system work. Our democracy needs well-informed citizens making decisions based on facts about both policies and politicians.

This means that the model of the journalist that seems to be going out of fashion—reporters who were reasonably objective, independent of outside groups, and even independent of their company’s owners—is actually crucial to representative government. Curious, skeptical journalists who point out inconsistencies, draw attention to mistakes, call out misleading statements, and identify outright lies serve a larger purpose: They provide citizens what they need to know in order to be good citizens, and public officials what they need in order to do their work well.

This is quite an ideal, especially in this age of economic turmoil within the media universe. But I don’t think it’s too much to hope that as the profession sorts out its future, it takes seriously its leadership role in advancing the public good, and doesn’t sacrifice its part in making representative democracy work properly.