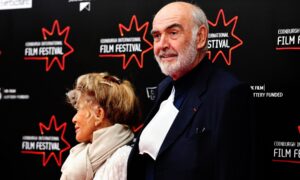 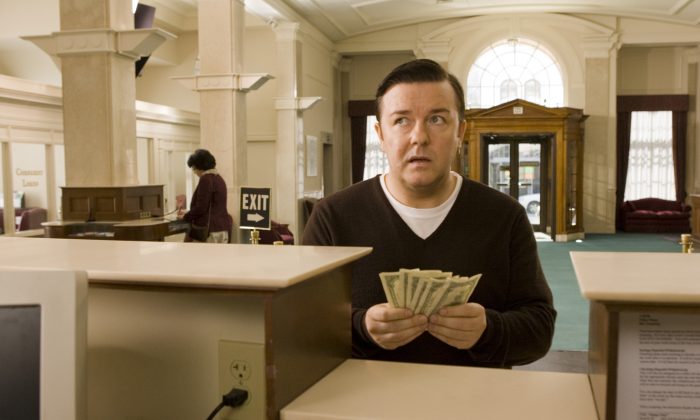 Movie Review: ‘The Invention of Lying’

By Matthew Rodgers
Print
This is Ricky Gervais’s second outing as Hollywood leading man – but I’d be lying if I said it was as hilarious as it looks.

Similar in tone to the charming Ghost Town, it does bear more of the hallmarks of Gervais’s successful brand of comedy: unfinished sentences, reliance on self deprecation, undoubted intelligence, and, depending on your tolerance of his now patented shtick, extreme smugness.

It’s a somewhat biblical parable set in a distorted version of our own world – same clothes, same cars, same daily slog through the travails of life – except for one notable difference: the concept of lying doesn’t exist. That is until our “chubby” and “snub-nosed” loser Mark Bellison (Gervais), reeling from a date with his unrequited love (Jennifer Garner), has an epiphany that he no longer has to tell the truth. Cue trips to the casino, banks, hotel rooms with women believing sex with Mark will prevent Armageddon, oh, and the creation of a little lie called religion. Heavy stuff eh?

The concept is high but extremely funny; Gervais and co-director Robinson cleverly squeeze all they can from the undeniably one-trick formula. The opening 20 minutes are stuffed with countless quips and put-downs towards Bellison, who has more than a whiff of Extras’ Andy Millman about him.

It’s what is made of the sudden and essential shift in tone at the half way mark that will leave the biggest impression.

So, before it gets repetitive, Invention of Lying becomes theological, a brave move by anyone, let alone the openly atheist Gervais. After a surprisingly affecting bedside exchange with his dying mother, Bellison thinks up “the man in the sky” to ease her passing. With this comes an allegory of faith that is critical and commendable of religion in equal measure.

Gervais has a Rolodex of admirers to call up, but the success rate of the multitude of guest stars is patchy. Edward Norton is hilarious as the angry traffic cop, and Jason Bateman makes the most of his single scene. Tina Fey doesn’t fare so well, and the promise of high billing is not realised with a couple of brief and predictable set-pieces. It must be hard to juggle Christopher Guest, Phillip Seymour Hoffman AND Jeffrey Tambor, proving that sometimes you can have too much of a good thing. Garner also struggles with a role that allows for very little character development, and ends up being more of a cathartic tool for Bellison’s character progression.

Formerly titled The Other Side of Truth, the truth of the matter here is that The Invention of Lying is a mixed bag of jokes and pointless cameos that’s still better than most movies that fib us into believing they’re comedies.