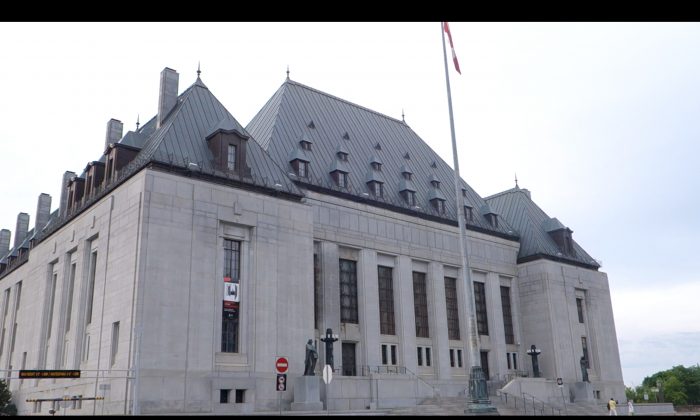 The Supreme Court of Canada's decision on Aboriginal title compels developers to negotiate with First Nations in good faith, something that could do much to resolve resource project uncertainty, argues Roslyn Kunin. (Matthew Little/Epoch Times)
Canadian Content

The Impact of the Tsilhqot’in Decision

The impact of the Tsilhqot’in decision on the businesses and First Nations of B.C. will be much less dramatic than the headlines indicate, and very gradual.

In fact, the decision, as well as any subsequent ones that follow its precedent, is not the end of the world for non-Aboriginal business on traditional territory in B.C. It also does not mean that First Nations now own all of British Columbia “lock, stock and barrel,” to quote Joe Gosnell, a former Nisga’a leader. Nor will it lead to an instant solution to all the challenges faced by the Tsilqhot’in and other First Nations.

But one result of the Supreme Court’s decision, which should make all British Columbians and not just First Nations very happy, is the clarification and greater certainty it generates. Until now, governments or businesses considering economic or other activity on Aboriginal traditional territory not currently in private hands had a ‘duty to consult.’ But those who have been ‘consulted’ may be forgiven for treating this ‘duty’ a little cynically.

Where consultation is the only requirement, governments and others have been known to set up consultation processes, serve coffee, listen quietly, and then go and do exactly as they had previously planned.

With this decision, doing business with First Nations now requires going beyond such often meaningless consultation and actually obtaining their consent. This involves sitting down at a negotiating table and not a coffee klatch. Businesses will have to listen and come up with adequate responses to First Nations issues and concerns. They will have to start using the good economic tool of cost/benefit analysis to show that any incremental activity will be of net advantage to the First Nation on whose territory it occurs.

In most cases, this will include economic benefits in the form of jobs and revenue sharing, environmental benefits maintaining the natural capital of the region, and respecting the local culture and values. The same will apply to any government projects.

First Nations now have a stronger voice when dealing with those who propose resource-based or other projects on their territory. This does not mean that they will use it to say a loud ‘No’ to every opportunity. Aboriginal people, like other Canadians, want a comfortable and improving standard of living. Some projects (Enbridge comes to mind) face serious opposition.

Many, however, are likely to receive consent and will proceed once an agreement has been reached within which Aboriginal title is recognized, economic benefits shared, and the environment and culture respected.

Although First Nations now have more say in what happens on their lands, they still do not hold all the cards. Investors in projects will not proceed unless enough is left on the table for them to cover their costs, mitigate their risks, and have a reasonable expectation of profits. However, between these expectations and the minimal requirements of First Nations, there is room for negotiation and a mutually-acceptable settlement.

Like any other landholder in Canada, First Nations will still be subject to existing laws and can be overridden for the greater good of the country in the same way that private land can be expropriated. However, unlike private land, traditional territory cannot be sold or alienated, but must be maintained and held for future generations. Nevertheless, most First Nations will be much better off.

Developers, since they now know that Aboriginal consent is required, will realize that they now have to negotiate with First Nations seriously and in good faith. This approach is likely to result in more, not fewer, resource-based and other development projects taking place and in a more timely manner.

All British Columbians, First Nation or not, will benefit.

Roslyn Kunin is a Troy Media B.C. business columnist and chair of the board of directors of the Haida Enterprise Coroporation. She has been a Director of the Business Development Bank of Canada, chair of the Vancouver Stock Exchange, and Governor of the University of British Columbia.