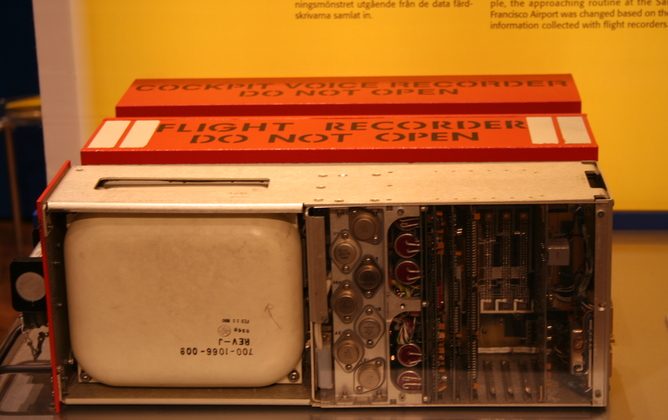 The Hunt for MH370’s Black Box Is on, But It May Not Reveal All

The latest developments in the case of the missing Malaysia Airlines flight MH370 strongly suggest that the plane’s wreckage has been found in the southern Indian Ocean.

As the authorities from various countries and companies zone in on the objects identified in an area south west of Australia, they will, among other clues, be looking for the aircraft’s black box recorder in the hope of finding out exactly what caused MH370 to crash and how it ended up so far from its original course.

Black boxes are normally referred to by aviation experts as electronic flight data recorders. Their role is to keep detailed track of on-flight information, recording all flight data such as altitude, position and speed as well as all pilot conversations. It is common for many civil airliners to have multiple devices to carry out these tasks so that information can be gathered more easily in the event of a failure. In most instances, they are used to help in the diagnosis of what may have been the likely cause of an accident.

Even when the passengers walk safely away, such as when US Airways flight 1549 crash landed into the Hudson River in 2009, the data is vital for investigators as they try to understand everything about the critical final minutes of the flight.

The first step for the MH370 mission is to find the black box though. The device is actually more often orange or yellow in colour so that it can be found more easily following a plane crash but it is still no mean feat to locate one. It took around two years to find the black boxes from Air France flight 447, which crashed in the Atlantic in 2009. The search for MH370 has already proved difficult and ocean currents may carry the device and other parts of the wreckage on an unpredictable journey.

Then, once the black box is found, we can’t be certain that it will yield information. While the devices are designed to tolerate immersion in water, high velocity impact and damage, they are not indestructible. Occasionally data has to be collected from their remains which means there has to be a scientific and forensic process of analysis. Success on this front will depend on how the data is stored as well as the battery life of the black box.

Can You Believe What You Hear?

Technological issues aside, once the recording have been recovered from the black box, investigators will have to decide if what was said by the pilots in the final moments of the flight can be believed. It can really only be treated as one piece of the puzzle.

The opinions of the pilot and co-pilot, no matter how experienced they are, can only be based on what they see and believe as they handle a high-pressure situation. This may not entirely reflect what the actual aviation issue may have been unless there is other data to back it up.

These are all factors the different experienced investigators involved in MH370 will have to take into consideration as they form a scientific opinion about what happened. They will have to set out to prove and disprove each option in a systematic manner, always remaining open to returning to an old idea if new evidence presents itself.

There has been considerable debate about alternative solutions such as uploading flight data into the cloud. This could have its own unique issues. How much can one airline or government trust the network security being used by whoever is transmitting and storing the flight data?

Cybersecurity is a very real problem these days and we have to face the fact that it we will have to make a tradeoff between the security of data and the safety of our aviation systems when we design aeroplanes in the future.

In the wake of MH370, many will call for better systems to be put in place to protect our planes but that will open more doors for would-be hijackers. No nation would want to be the first to trade safety for national security, the speculation and rumour surrounding this latest disaster is likely to make them even more wary of that.

Andrew Smith does not work for, consult to, own shares in or receive funding from any company or organisation that would benefit from this article, and has no relevant affiliations.