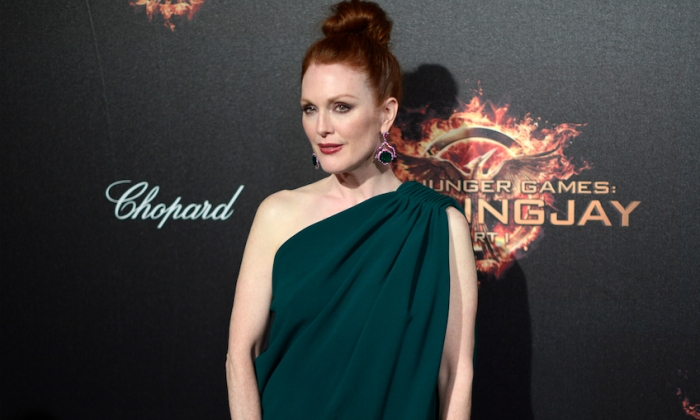 As fans get excited for news surrounding the upcoming “The Hunger Games: Mockingjay” Part 1, the official Hunger Games account posted a resource for fans to check for the latest update on the film.

TheHungerGamesExclusive.com now has the filmmaker roundtable interviews, a first look at behind the scenes photos, an interview with Julianne Moore (posted below) who plays President Alma Coin, and excerpts from the script.

Fans are also encouraged to enter the competition on thehungergamesexplorer.com website, where the directors are offering to give away the entire script signed by the cast to the winner who posts about their favorite #HungerGamesExclusive feature. The competition will conclude on June 13, at 9 a.m. PDT.

“The Hunger Games: Mockingjay” Part 1 will come out in theaters nationwide on November 21, 2014.