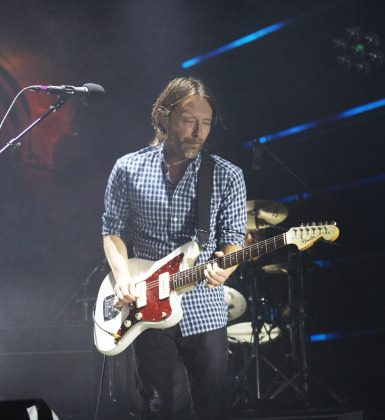 Radiohead have announced their first UK tour since 2008. The band, which is currently touring America, announced three dates in October for the UK. They plan to play Manchester Arena on October 6th, and two dates at London O2 Arena on October 8th and 9th. Tickets for the shows go on sale at 9 a.m. on Friday, March 9th, via Ticketmaster. The band are also putting in place various measures to prevent secondary ticketing, like using a paperless ticketing system and requiring photo ID to gain entry.

The rumoured Top Gun sequel is edging closer to reality, with Variety reporting that the movie has a screenwriter in The Town‘s Peter Craig. Craig replaces Christopher McQuarrie, writer of The Usual Suspects, who was set to pen the film. Producer Jerry Bruckheimer, director Tony Scott, and star Tom Cruise have also been linked to the project, although details of plot are so far scarce.

Rumours of a Top Gun sequel have been circulating since mid-2010, when Bruckheimer let slip that plans were afoot for the film. Cruise also confirmed to MTV late last year: “I hope we can figure this out to go do it again. If we can find a story that we all want to do, we all want to make a film that is in the same kind of tone as the other one and shoot it in the same way we shot Top Gun.”