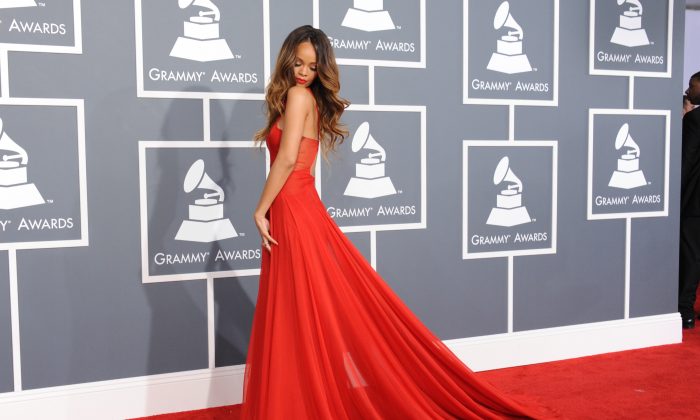 This Feb. 10, 2013, photo shows Rihanna at the 55th annual Grammy Awards in Los Angeles. Rihanna is being honored with the fashion icon award by the Council of Fashion Designers of America on Monday, June 2, 2014. (Jordan Strauss/Invision/AP)
Life & Tradition

Can Sharing Hacked Celebrity Photos Get You Arrested or Sued?

Amid the photo hacking scandal involving Rihanna, Gabrielle Union, Amber Heard, Meagan Good, and a slew of others, there’s been questions as to whether simply viewing or sharing pictures could land one in legal hot water.

Reports have indicated that the photos, as part of the “Fappening” initiative, are legitimate.

Forbes contributor Joseph Steinberg says that the original hacker, who is said to have taken the photos via Apple’s iCloud service, will face criminal prosecution eventually.

However, people who’ve downloaded, shared, or even viewed the files probably are in the clear.

“While celebrities might seek to recover damages from those who profit off of their photos, it is difficult for them to target the non-profiting parties; such parties would not only need to be identified, but also sued for injunctive relief in numerous different courts all over the country – an expensive and tedious process. As the costs to file and argue such cases can be considerable, and financial recovery may not be achieved,” he writes.

He also said that it becomes even trickier for the celebrities in question to prove that they actually owned the photos or had rights to them. “Complicating matters even further is that once the leak of the photos became newsworthy (regardless of how exactly that is measured, it is likely that any such hurdle was overcome when it comes to this story), parties sharing the pictures – even on for-profit sites – can attempt to exert First Amendment rights,” he says.

When the first hacked photos of Jennifer Lawrence and Kate Upton were leaked, Wired magazine reported that former FTC Bureau of Consumer Protection chief and Georgetown law professor David Vladeck said that Apple probably will be sued over the hack.

“We’re in this legal mess where the contracts companies are relying on to protect them from liability are functionally the emperor’s clothes of contracts. It’s a poorly kept secret that no one understands them, and that’s not a tenable position,” said Andrea Matwyshyn, who was the senior policy advisor at the Federal Trade Commission. “We’re seeing a trust erosion happening, and the digital economy is entirely predicated on people trusting these products, and being willing to engage with this technology.”